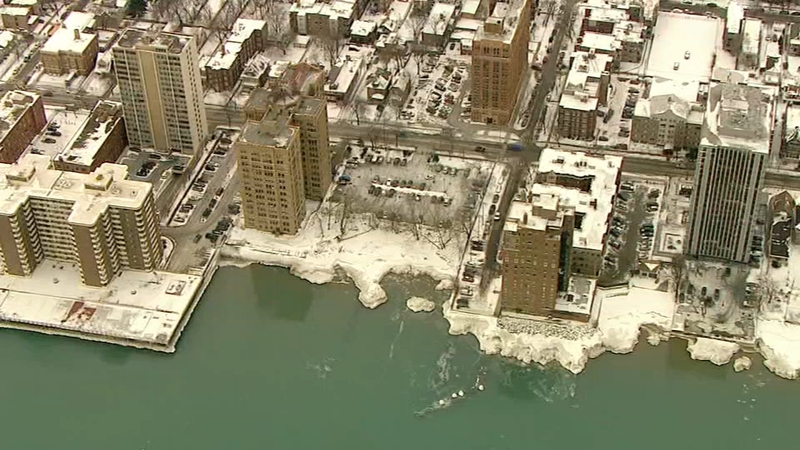 CHICAGO (WLS) -- Federal funding is on the way, which will be a big shot in the arm when it comes to the shoreline restoration effort and protecting the Great Lakes.

A who's who of top elected officials from the city and the state came together Thursday morning at the Shedd Aquarium.

Mayor Lori Lightfoot and Sen. Dick Durbin, along with a slew of other federal and city leaders, announced that the U.S. Army Corps of Engineers has allocated $1.5 million in funding from the "Infrastructure Investment and Jobs Act" to the "Chicago Shoreline Storm Damage Reduction Project."

The funding will support ongoing efforts to restore the Chicago shoreline after extensive coastal storm damage and rising lake levels.

"We need to assess the current, fragile state of the Lake Michigan shoreline all along the city of Chicago and beyond. I know my colleagues will tell you personal stories from their districts. The shoreline is under assault," Durbin said.

It will also be used to protect Lake Michigan from a species of Asian carp, threatening the lake's ecosystem and fishing industry.

Lawmakers are thrilled that the money will be used in part to fund a study which will help determine the best course of action to preserve the shoreline.

"We need it to protect against the rising lake levels, so I'm happy to report that the city has committed $1.5 million as our local match, meaning that with this $1.5 million federal investment, the shoreline study is now fully funded, and folks we are ready to go," Lightfoot said.

Last month, local lawmakers sent a letter to the U.S. Army Corps of Engineers, urging them to invest in the preservation and protection efforts.

RELATED: An Ocean on the Lake: Inside Chicago's Shedd Aquarium

So, this is a victory.

One neighborhood hit especially hard by the effects of beach erosion is Rogers Park, beaten up by large waves, causing an entire beach there to disappear.

Parts of the lakefront trail have also been punished by the same issue over time, causing closures in certain areas.

Erosion is also threatening homes and buildings along the lakefront.