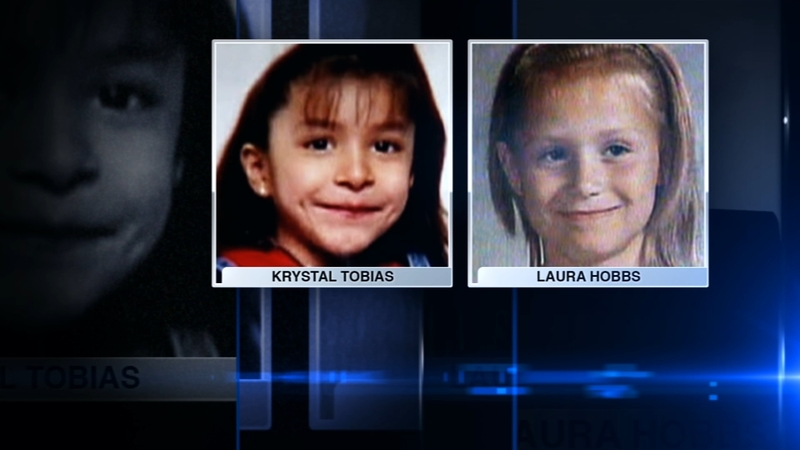 ZION, Ill. (WLS) -- A former U.S. Marine pleaded guilty Tuesday to the murder of two little girls in far north suburban Zion. Their father was originally charged with the crime, then later cleared.

Krystal Tobias, 9, and Laura Hobbs, 8, were murdered in 2005. Tuesday's plea brings an end to a tortuous story of loss in Lake County that gained national attention, both for the innocence of the victims and the mistakes of the justice system.

Jerry Hobbs discovered the bodies of his daughter Laura and her friend Krystal the day after Mother's Day, 2005, in a park not far from their homes in Zion.

Suspicion immediately centered on the father as the killer, and after 24 hours of interrogation Jerry confessed to the murders.

He spent five years in jail awaiting trial while the real killer, former Marine Jorge Avila-Torrez, was attacking and killing others.

In 2010 Torrez was convicted of slaying a sailor in northern Virginia, receiving a death sentence in addition to 168 years for stalking attacks on three other women, including one who was raped.

Three years earlier, DNA evidence from Laura's body was found not to belong to Jerry Hobbs. Yet Lake County prosecutors did not relent, confident they had their man. By 2010 they did drop charges against Hobbs -- the same year Torrez's DNA went into a national police database upon his arrest in Virginia.

That DNA matched DNA found on Laura Hobbs, and the convicted killer was extradited to Illinois where he has awaited trial ever since.

Torrez was a friend of Krystal's half brother. He was 16 at the time of the double murder.

The case was the catalyst for reforms in Lake County justice. After Hobbs' conviction was overturned, there were four other cases where it was shown DNA evidence indicating innocence was ignored by the state's attorney at the time, Michael Waller.