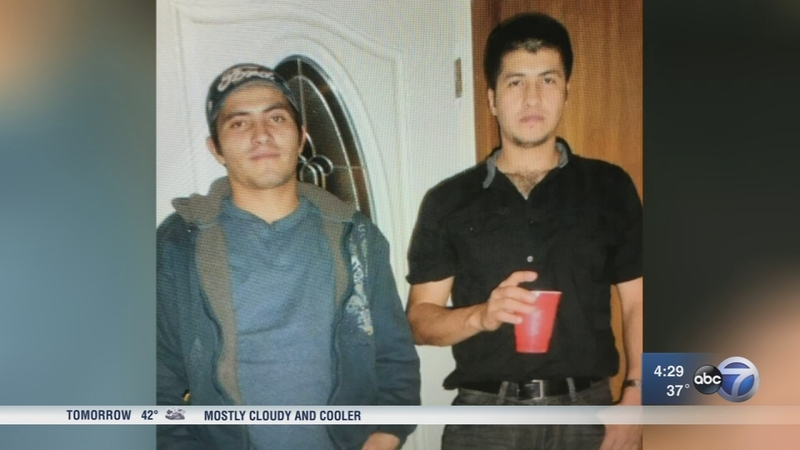 LOCKPORT, Ill. (WLS) -- Police in southwest suburban Lockport identified two men found dead Tuesday at a construction site. The wife of one of those men told ABC7 Eyewitness News they were brothers.

Autopsies were conducted Wednesday on David Ceja-Sanchez, 36, and Marco Ceja-Sanchez, 37. The coroner's office said both of the men died from gunshot wounds.

The Mexican-born brothers, who lived close to each other in nearby Aurora, worked side-by-side hanging drywall.

Police said a foreman found the brothers dead inside an unfinished townhome in the 16100-block of Coneflower Drive when he arrived for work just before 6:30 a.m. Tuesday.

Marco Ceja-Sanchez's wife said the last time she saw her husband was Monday. Behind the couple's apartment door, Adriana Ceja-Sanchez, who speaks little English, started to cry as she spoke of him.

Two years ago, Frank Dunbar hired David and Marco to hang drywall for his company. He said they were valued employees, and that he is stunned by their deaths.

"They were on time and always outstanding in their quality and performance for our company. We are saddened by the whole occurrence and wish the best to the families and everyone involved," Dunbar said.

Police spent several hours at the scene. Investigators towed the men's truck from the area Tuesday.

"I actually pulled out of the driveway to have the superintendent stop me to see if I saw or heard anything during the night. I told him no," said Rick Hadlock, who lives nearby.

Police are investigating their deaths as homicides.

As construction continues on other homes on the block, detectives returned to the scene and spoke with other neighbors and employees.

Authorities said this was the first homicide in Lockport in 10 years.