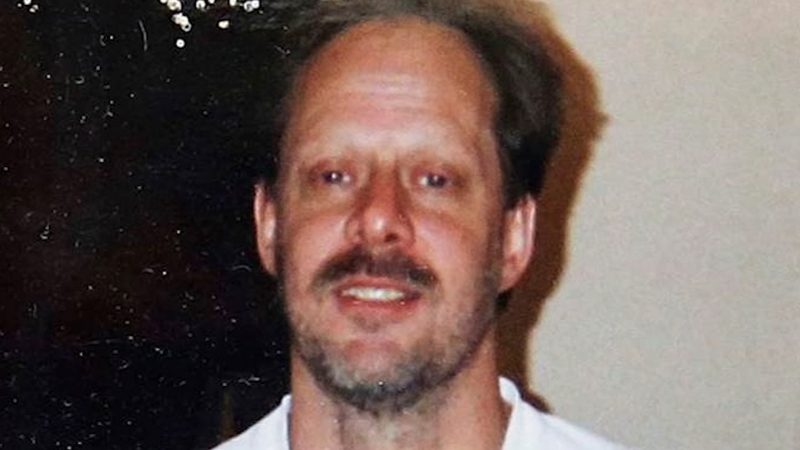 CHICAGO (WLS) -- Las Vegas police on Friday concluded their investigation into the nation's worst mass shooting, citing the shooter's scrubbed plans at Chicago's Lollapalooza music festival as the top "indicator of intent" for his eventual attack.

Clark County Sheriff Joe Lombardo said investigators were not able to determine what drove Paddock to the deadliest random shooting in U.S. history.

"What we have been able to answer are the questions of who, what, when, where and how," Lombardo said at a news briefing. "What we have not been able to definitively answer is the 'why' Stephen Paddock committed this act."

Paddock, 64, opened fire with dozens of high-powered rifles on concertgoers attending the Route 91 Harvest country music festival from his 32nd-floor room at the Mandalay Bay resort shortly after 10 p.m. He had carted an arsenal and extended magazines of ammo into the hotel, undetected, during the previous days; weapons hidden in regular tourist luggage. The rifles were outfitted with devices known as bump stocks so they would fire sustained bursts like automatic weapons.

Detectives provided five "Indicators of Intent" that Paddock had, and two of them involve Chicago, including the top indicator of the shooter's mad planning.

"Paddock had a reservation for a hotel during the Lollapalooza music festival held at Grant Park in Chicago, Illinois during the month of August," according to the investigative report. "Like the Route 91 Harvest music festival, the Lollapalooza festival was held in an open-air venue. Paddock specifically requested a room overlooking the venue when he made the reservation. That reservation was cancelled two days prior to the check-in date."

Paddock's reservation was at the Blackstone Hotel on South Michigan Avenue. During this year's Lollapalooza, now underway across the street in Grant Park, a legion of heavily armed Chicago police are protecting the Blackstone and other high rise hotels on the music festival periphery.

Thursday night CPD officers trained spotlights on the hotel facades, that authorities say is an effort to help them see possible snipers, and to blind any shooter from picking out targets on the ground.

Las Vegas police say another indicator of Paddock's intent to commit a mass attack were his internet searches of possible targets, including some in Chicago.

As the I-Team first reported in January Paddock used search terms that included open-air concert venues, Las Vegas SWAT tactics, weapons, and explosives. He scoured the internet on May 18 for "summer concerts 2017" and "grant park functions (sic)" along with web visits to the Grant Park Music Festival website and ticketmaster.com.

Paddock also eyed the Life is Beautiful festival in downtown Las Vegas a week before the attack. He had rented hotel rooms, stayed in those rooms, and surveillance footage captured him carrying several suitcases to each of them during his stay, similar to what he would do at Mandalay Bay.

"Investigators have been unable to determine if Paddock intended an attack during this festival or if he used it as a means to plan a future attack," the final report states.