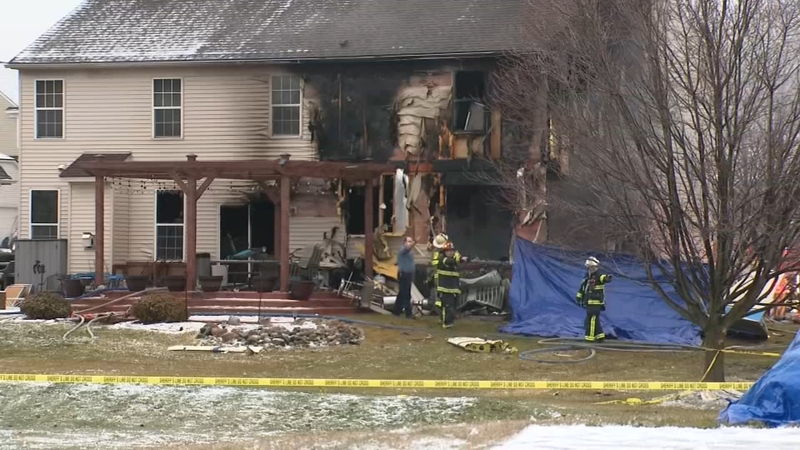 LYON TOWNSHIP, Mich. -- Three people are dead after a small plane crashed into a house outside Detroit, according to the Oakland County Sheriff's Office.

The three fatalities are believed to be the pilot and two passengers, the sheriff's office said.

The family of five who lives in the home made it out alive, but the house was engulfed in flames, the office said. The home is located in Lyon Township, about 40 miles west of Detroit.

The mother told CNN affiliate WDIV that the family was inside when the plane crashed. She said they were in the living room arguing over which movie to watch and had just moved into a different room when the plane struck the house, according to WDIV.

Had the mother, father and three children stayed in the living room, it would have been a different story, WDIV reported.

The family's cat died, according to WDIV.

The house is located just north of Oakland/Southwest Airport, which is operated by Oakland County.

Eric Mullen told WDIV that a plane crash has always been his worst fear living in that neighborhood because planes are always flying overhead from the airport about half a mile away.

"I've got two siblings who are under 2 years old, and they were upstairs sleeping; they were taking naps ... You worry like could this happen to us because these plane fly low over here all the time," another neighbor, Chase Southwick, told WDIV.

The Federal Aviation Administration has been contacted about the crash, according to WDIV.