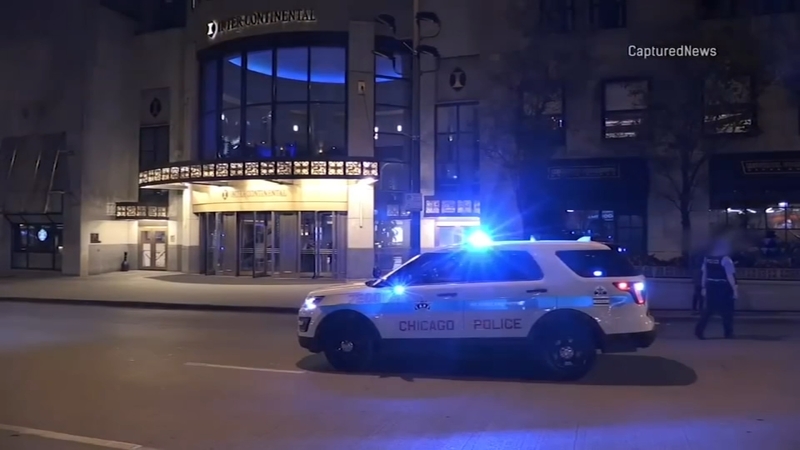 CHICAGO (WLS) -- Two women were robbed at gunpoint by a woman outside the Intercontinental Hotel on Michigan Avenue Thursday morning, Chicago police said.

The victims, ages 31 and 32, were walking when the female robber walked up to them, took out a handgun and demanded the women hand over their belongings, police said.

The women gave the robbers their belongings and the robber was seen getting into the passenger side of a dark green Chrysler 300M with a male driver, police said. The Chrysler was seen driving northbound on Michigan Avenue and then eastbound on Ohio Street.

Although the victims were not staying at the hotel, the Intercontinental's security team said they are helping police. Their high definition cameras could be a key piece of evidence in the ongoing investigation.

Neither woman was injured. Area Central detectives are investigating. No one is in custody.

The robbery has many wondering why people standing in a well-lit area with dozens of cameras and security nearby were targeted during the brazen armed robbery.

"It is so populated, in the middle of the night obviously it is not, but you always feel like this is a safe part of the city," said resident Susan Stanicek.