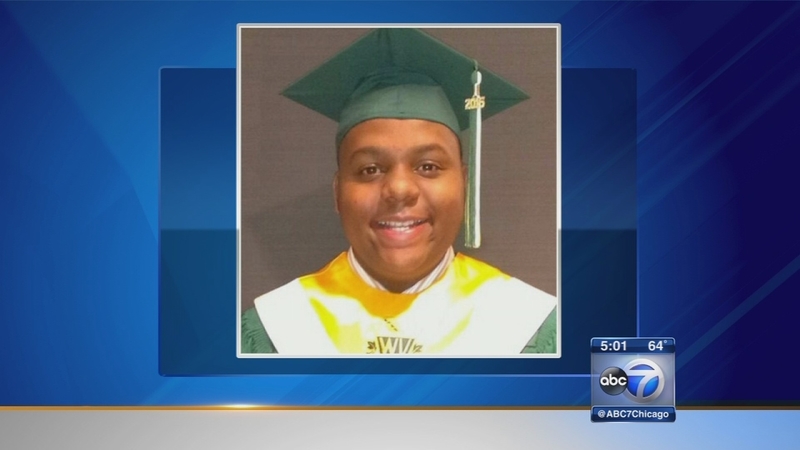 A 19-year-old University of Iowa student from suburban Naperville was severely beaten over the weekend, and his family said the incident was racially motivated.

Freshman Marcus Owens required nearly a dozen stitches to his lip, sustained a damaged eye socket and had his front teeth knocked out. He was released from the hospital Monday night.

Owen's uncle, Darrell Owens, said he thinks of him as a son, watching him graduate from Waubonsie Valley High School and then enroll as a business major at the University of Iowa.

Darrell Owens said he is stunned by the attack.

"He's a fun kid, he's happy, he's a good student. He's well liked. I've heard people say if you don't like Marcus, something is wrong with you," Darrell Owens said.

The incident, which his family calls a hate crime, occurred Saturday night after Marcus Owens left an off-campus pub across the Iowa River from campus. As he was texting a friend, three white men yelled the n-word and began punching him.

Someone yelled at the attackers who ran away. At that point, Marcus Owens was on the ground.

"You did not know them. They did not know you. There was no altercation. You simply yelled out racial epithets and attacked him," Darrell Owens said.

The Owens family is by Marcus' side on campus. They have filed a police report and local and campus police are investigating.

However, Marcus Owens told his family he believes one of the offenders is a student he has seen on campus.

Darrell Owens said Tuesday that his nephew is in good spirits despite the attack.

There are no plans for him to transfer from the school, his family said.