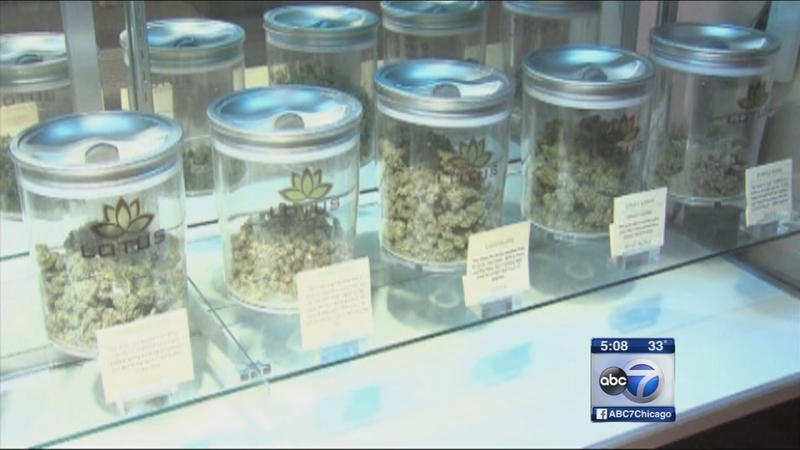 CHICAGO (WLS) -- Patients who rely on the healing effects of medicinal marijuana in the Chicago area say they feel like they've been forgotten.

Patients say they are being used as political pawns in their wait for medical marijuana.

The law was passed in August of 2013. Patients say time is ticking as Illinois' pilot cannabis program expires in three years. For many, cannabis is their only medical hope.

Kelly Sindowski's son Harrison is almost 3-years-old. He has a severe form of epilepsy that causes 10-15 seizures a day. Sindowski hopes medical cannabis will be the key to easing Harrison's pain...

"He doesn't speak," Sindowski says. "He is developmentally and physically behind. We are hoping this gives him a little less seizure activity to get him learning and more focused."

"Cannabis, when it starts working, it calms everything down and I'm able to function and have a better quality of life," Falco says.

"if it wasn't for the medical cannabis I would be in bed all day," says Levi. "It loosens the tightness."

Levi, Falco and Sindowski thought by now they would have access to medical marijuana in Illinois. Sindowki and several other hopeful patients attended Gov. Quinn's bill signing ceremony for the Illinois Medical Cannibas Pilot Program a year and half ago. But Quinn left office without issuing licenses for cultivation centers and dispensing organizations.

"We felt we had a win," Sindowsky says. "It's kind of like saying, you won't get your trophy for another year. It's rough we are running out of time."

Patients are now spending their time putting pressure on Gov. Bruce Rauner. Each took a turn calling his office today.

"We are asking we are begging for compassion because he holds the key to our medicine," Levi says.

Tuesday, Rauner's office responded by simply saying it is "under review." While no time table has been given, patients are encouraged that the governor did rehire Gov. Quinn's project coordinator for the cannabis program.