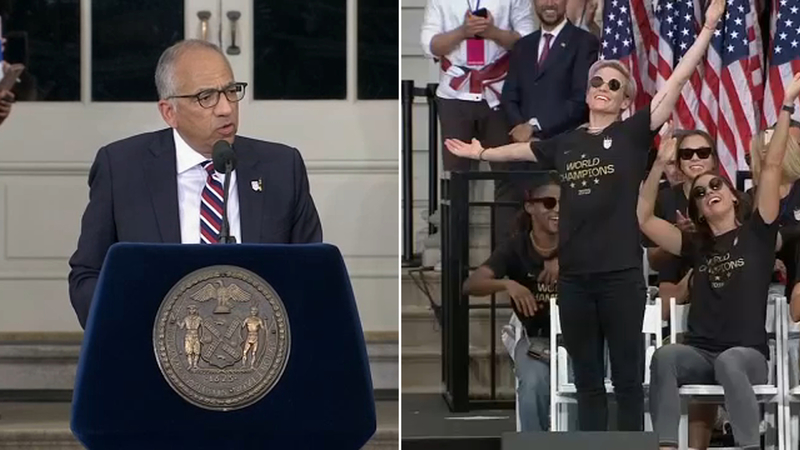 "New York City, you have outdone yourselves yet again," he started off saying. "What a parade...I feel like one of the luckiest people on earth."

After noting the USWNT is the only team in history to win 12 straight World Cup matches and set records for goals in a World Cup and goals in a single game, he turned his attention to individual accolades.

People quickly took to social media to call out the mistake, and to relate it to the current state of women's soccer.

Carlos Cordeiro (@CACSoccerthe), president of @ussoccer, just took the podium at City Hall and mispronounced Megan Rapinoe's last name. Anyone can make a mistake - I've mangled my share of names - but that's an incomprehensible blunder. She took it in good humor, tho (I think).

Omg, that was so disrespectful. Learn your winner's names! #Rapinoe #USWNTParade #ussoccer #USAwomenssoccer

Rapinoe, the team co-captain, was the most talked about person in the tournament and is arguably the most famous female soccer player in the world.

Making matters worse, Corderio shared a float with Rapinoe during the Parade of Champions that led up to the City Hall ceremony.