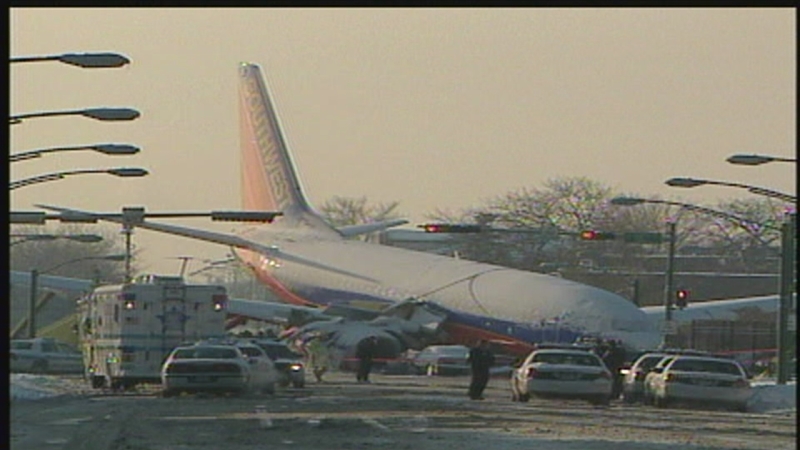 Twelve years ago, Southwest Airlines Flight 1248 slid off the runway during a snowstorm at about 7:14 p.m., crashing through a fence onto Central Avenue just south of 55th Street.

The plane hit several cars, and killed 6-year-old Joshua Woods of Leroy, Ind., who was sitting in one. A total of twelve people were hospitalized after the crash, nine people who were in cars and three passengers on the plane.

According to a NTSB report, the plane touched down on the runway with 4.500 feet remaining and given the conditions, the plane needed 5,300 feet on runway in order to stop safely.

The crash killed 43 of the 61 people onboard the plane and two others on the ground.

While approaching Midway, Flight 553 was instructed by the control tower to pull up and make another attempt at landing. As the pilot went around for another landing attempt, it struck several trees and roofs along 70th Street before crashing into a home. Five homes were destroyed and three others damaged.