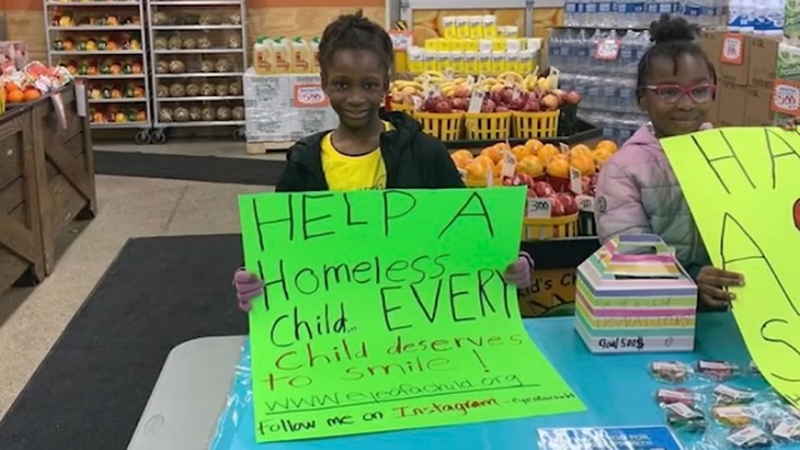 MILWAUKEE, Wis. -- An 8-year-old girl in Wisconsin has started her own business to help fight homelessness among children and their families, and she's already donated $500 to a homeless shelter.

"It was my uncle and he was homeless for a while, and then she started doing research and she's like 'oh my gosh there's homeless children,'" Anderson said.

"I felt bad and thankful at the same time that I didn't end up like that," Peyton added.

According to Wisconsin's Department of Public Instruction, ,ore than 18,000 students across the state were homeless in 2018.

Peyton learned there were also many more nationwide.

"More than 2.5 million children," the 8-year-old philanthropist said. "Children that are just like me that are homeless and I was like 'yeah no that's not happening.'"

So Peyton started raising money by selling t-shirts and handmade heart-shaped crayons online and in pop up shops across southeast Wisconsin.

And after all that work, Peyon recently met the director of Joy House, a Milwaukee women's shelter and presented them with a $500 check and toys for each child living there.

"To have someone so young, excited about giving to individuals that are less fortunate than she is, is awesome and I'm hoping that it can be something that spreads," Joy House Director Aurelia Brown said.

Peyton said being able to give back was exciting and said she's already set her sights on her next goal.

"Next goal is to get up to a thousand," she said.