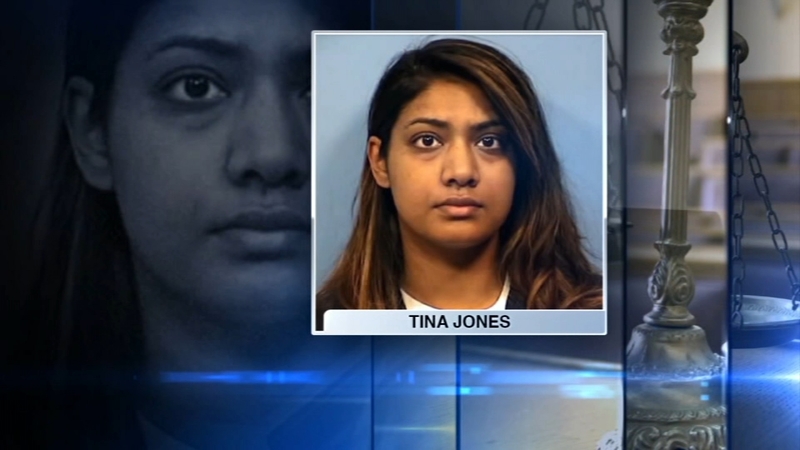 WHEATON, Ill. (WLS) -- A Des Plaines woman was sentenced to 12 years after she plead guilty to a foiled murder-for-hire plot.

Tina Jones admitted she paid nearly $12,000 in Bitcoin on the "dark web" to hire a hitman to have the wife of a former boyfriend killed.

"She provided a photo of the victim, an address, even her husband's work schedule," said DuPage County State's Attorney Robert Berlin.

Prosecutors said the 33-year-old nurse was having an affair with the intended victim's husband, who she worked with.

She used the relative anonymity of the "dark web" to hire a company called Sicilian Hitmen International, all from her quiet suburban Des Plaines apartment.

A network news organization investigating the dark web stumbled onto the plot and reported it to Woodridge Police.

"Without their bringing this evidence to law-enforcement's attention, who knows how this case would've ended up," Berlin said.

Investigators found evidence of Bitcoin payments, and communication between Jones and the hitman website on her laptop.

Jones said little and showed no emotion as she heard the judge issue her 12 year sentence, to which prosecutors said the victim was satisfied with.

"It was a sinister, evil plan the defendant had to take the life of an innocent person, all to eliminate an obstacle to her, a romantic rival," Berlin said.
Report a correction or typo
Related topics:
chicagowheatondes plaineswoodridgemurdermurder for hire
Copyright © 2022 WLS-TV. All Rights Reserved.
TOP STORIES
Chicago area COVID testing company sued over alleged scheme
Recent bike shop thefts prompt Naperville store to board up
Bodycam videos shows U of C police shooting in Hyde Park
By the numbers: Stats that tell story of Biden's first year
Cook Co. judge has to do sensitivity training after 'sexist' comments
Chicago COVID: City past omicron peak, but not out of woods yet
1 killed, 1 critically hurt in Sauganash crash: Chicago police
Show More
How to avoid tax refund delays for your 2021 return
3 more IL men charged in US Capitol breach investigation
Voting bill collapses, Democrats unable to change filibuster
Pritzker 'cautiously optimistic' Illinois is past omicron peak
Chicago Weather: Very cold Thursday, wind chills -10 to -20
More TOP STORIES News