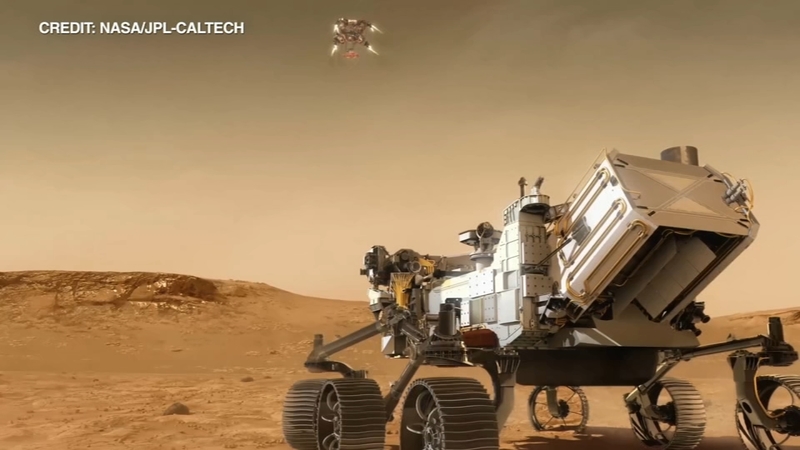 CHICAGO (WLS) -- NASA's Perseverance rover has landed on Mars, and will now search for signs of ancient life on the red planet with the help of parts made in Roscoe, Ill.

There was exuberance, joy and relief after Perseverance touched down and, within minutes, was already working. It sent its first image back to Earth, tweeting: "Hello, world. My first look at my forever home."

This latest, boldest mission to Mars seeks to unlock the secrets of the universe. Perseverance is now in the Jezero crater, where scientists believe water once flowed more than 3 billion years ago.

RELATED: 'My battery is low and it's getting dark': Mars rover Opportunity's last message to scientists

And the rover, about the size of a car, will search for life in part thanks to a company located just 90 miles west of Chicago.

"Anything that's relative to motion on the vehicle has a gear that was produced here at Forest City Gear," said Jared Lyford.

Perseverance is Forest City Gear's third project with NASA. Its staff of about 100 people shared the joy of Mission Control today.

"You feel that same anticipation that you want the confirmation that this thing landed," Lyford said. "And once that happened, it was really a relief, and you feel like you accomplished the goal."