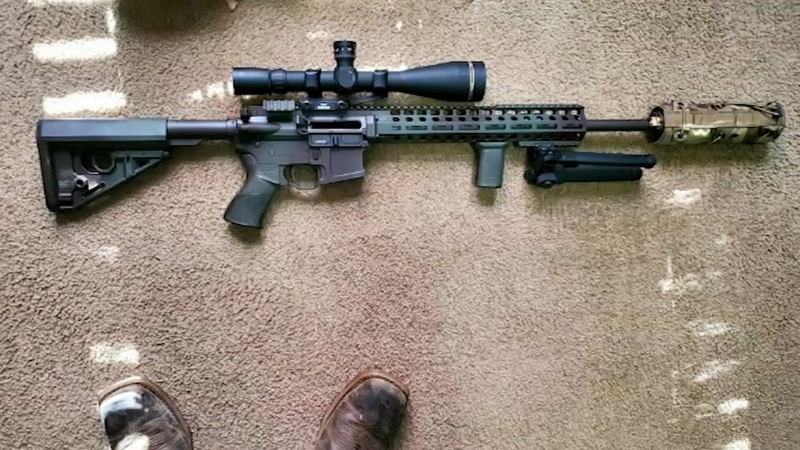 CHICAGO (WLS) -- They are seen on evidence videos training with combat-style rifles and charged with plotting to kidnap and possibly kill Michigan Gov. Gretchen Whitmer.

But it wasn't just guns, according to federal investigators. Bombs were allegedly part of their grand scheme and now three of the accused Michigan militiamen arrested in the case are facing weapons of mass destruction charges in addition to kidnapping conspiracy. Federal prosecutors describe the plot as an act of "domestic terrorism."

The 14 men charged in a plot to kidnap Michigan Governor Gretchen Whitmer had far more violent plans than just a kidnapping according to federal and state authorities.

On Thursday Barry Croft Jr., 45, of Bear, Delaware, became the last of three defendants to enter a not guilty plea to the superseding indictment, newly filed in the Western District of Michigan. According to court documents, charged with Croft are Adam Fox, 40, of Wyoming, Michigan and Daniel Joseph Harris, 23, of Lake Orion, Michigan. All three men are accused of knowingly conspiring to use weapons of mass destruction, along with the kidnapping conspiracy originally leveled in October 2020. The new superseding indictment alleges Fox, Croft and Harris planned to use the explosive devices to destroy a bridge near Gov. Whitmer's family vacation home that would have taken out her security detail and any responding law enforcement officers.

The men, linked by authorities to a militia group known as the "Wolverine Watchmen," are looking at up to life in prison if convicted. Two other defendants remain charged with federal firearms violations.

Even though there are no domestic terrorism statutes currently in the U.S., the description of the case in that term is a signal that federal prosecutors are planning to approach the case in that context.

Last December one key player in the case, Ty Garbin, entered a guilty plea to kidnap conspiracy charges and he also faces up to life in prison for that conviction.

In all, 14 men have been charged, including eight who face state charges in connection with the accused plot against the governor. Among those in state court are Brian Higgins, 51, from the Wisconsin Dells. Higgins was arraigned on Tuesday on a felony charge of supporting an act of terrorism that could yield 20-years behind bars. Authorities say Higgins provided night vision goggles to the militiamen, and a dash camera that was allegedly used to surveil the governor's lake house. A judge set bond for Higgins at $100,000.
Report a correction or typo
Related topics:
michiganmurder plotplot foiledkidnappingterrorismi teamu.s. & world
Copyright © 2021 WLS-TV. All Rights Reserved.
I-TEAM
ITT Tech student debt will be wiped out by US Dept. of Education
Child tax credit tool unveiled, so low-income families can get benefits
I-Team: Battle over a waterlogged home
Wives of twins who helped convict El Chapo charged with money laundering
TOP STORIES
Englewood mass shooting victims' families mourn; investigation continues
Chicago police wrong raid victim says mayor 'betrayed' her
Unusual email leads to billionaire donating millions to Chicago museum
Oak Park elderly couple mistaken for bank robbers sue US Bank
Congress approves bill to make Juneteenth a federal holiday
ITT Tech student debt will be wiped out by US Dept. of Education
More than 1 billion CVS data records accidentally exposed, researcher says
Show More
Man charged with sexually assaulting teen on bike path
Tenenbaum Hardware in Lakeview closing after 98 years
33 migrants found packed inside moving truck in west Texas
IL House passes bill to create elected school board for CPS
Kiana the sea otter dies after 16 years at Shedd Aquarium
More TOP STORIES News