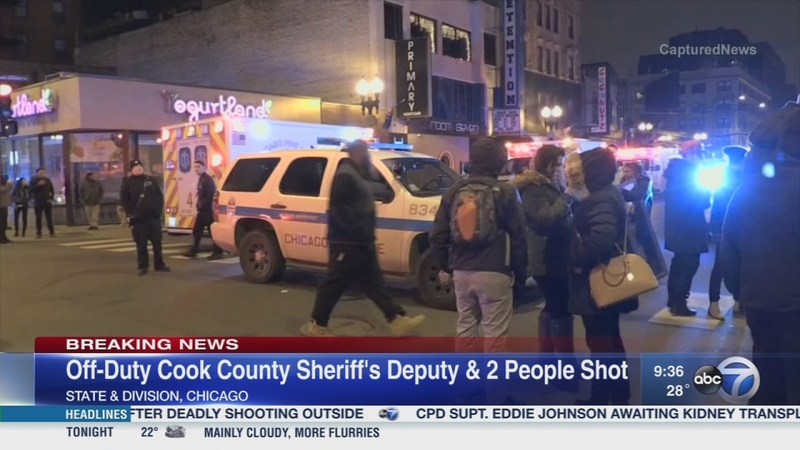 The incident happened at about 3:30 a.m. near McFadden's Restaurant & Saloon on State and Division streets, Chicago police said.

The Cook County Sheriff's Office confirmed that an off-duty courts deputy who has been with the department for 11 years was wounded in the shooting. The deputy had apparently gotten into a fight over money with someone and then shots were fired.