WLS
CHICAGO (WLS) -- Two people who were pulled from Lake Michigan near 31st Street Beach on Tuesday afternoon have died, according to Chicago fire officials.

Dozens of emergency responders were called to the scene around 3:30 p.m. Tuesday. Divers were dropped by helicopters into the water. They located the two men quickly.

"We got here, it was confirmed there was two people here. We got a very good last seen point from witnesses. We dropped two divers out of a helicopter, and within a couple minutes they found the victims and brought them into shore. They were moved to Mercy Hospital in very critical condition," Deputy Chief Mike Fox said.

They were pronounced dead at the hospital, officials said.

Witnesses said one of the victims went in after a bucket floated away and the second man, believed to be the first's man's brother-in-law, went in to try to help. They were about 35 yards out and in 7 feet of water when they got into trouble. A third man went into to try to help the others, but got out safely.

Fox warned that within just a few minutes, the body can start to shut itself down in the lake's current conditions.

Chicago's beaches are closed. They do not open until after Memorial Day Weekend. 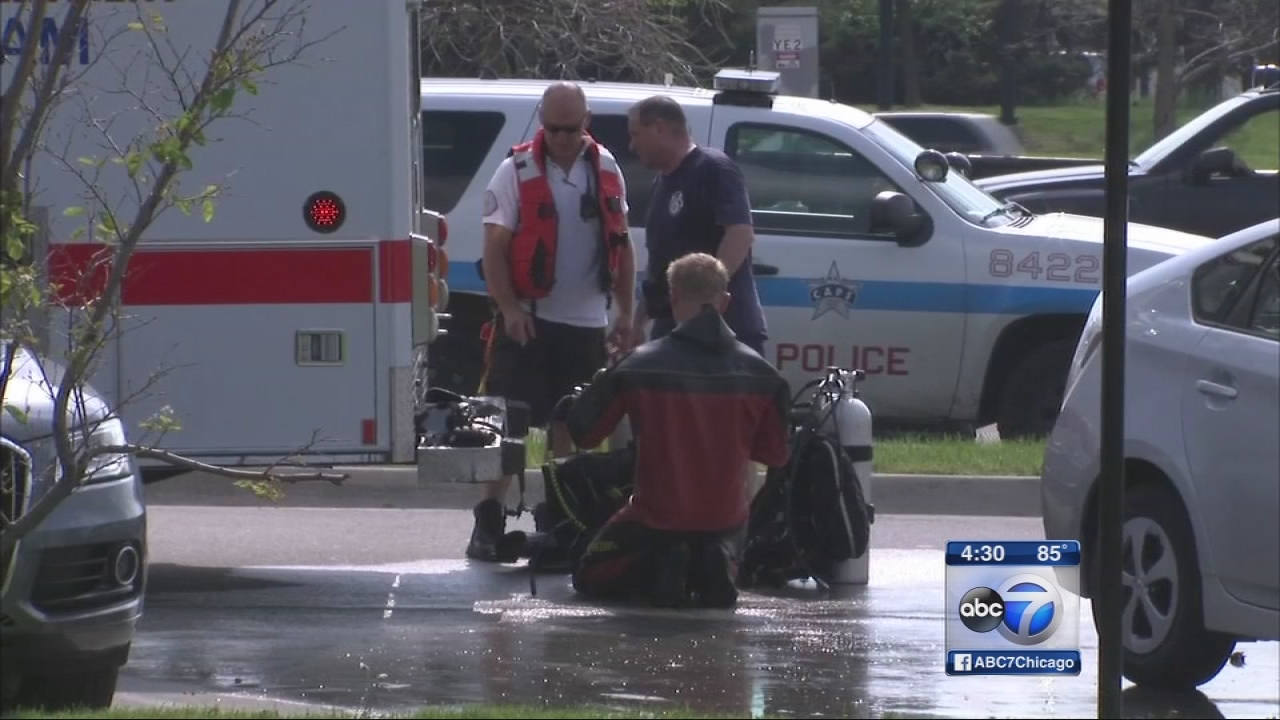