City on pace for record year in gun seizures 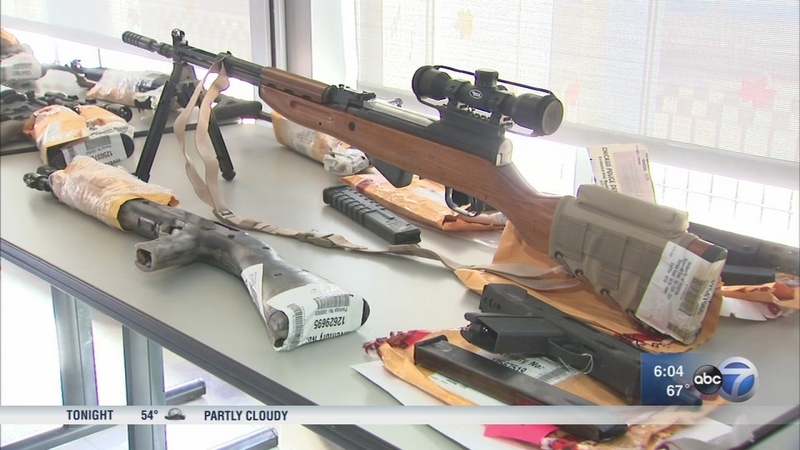 City on pace for record year in gun seizures

CHICAGO (WLS) -- Chicago police are on pace for the highest number of illegal gun seizures in five years.

Gun seizures by Chicago police have already surpassed the total confiscated in any of the past three years. Since the city's handgun ban was lifted, police seize one illegal gun every hour-more than New York and Los Angeles combined.

The gun vault at Chicago police headquarters has always been bulging with illegal firearms. The year 2012 was the last time more than 7,000 guns were seized by police in one year.

In 2012 Chicago gun seizures totaled 7,624 and then began falling off the following years. However, 2016 has been a boom year with 7,592 taken off the streets as of Thursday, according to police officials.

Rob Grant was a former special agent in charge of the FBI in Chicago.

"I'm supportive of tight restrictions on who can have access to guns and straw purchases represent a lot of problems in law enforcement but I want to see hard evidence that things work," Grant said.

Even as police are on pace to confiscate about 8,500 guns, murders and shootings are also way up this year with both already surpassing 2015.

So far the NYPD has taken about 3,000 guns off the streets, less than half the number seized in Chicago.

New York destroys seized guns just as they do confiscated motorcycles and ATV's-same procedure in Chicago.

The National Rifle Association said both department should be reselling seized guns and so far 11 states have such laws in place.

Most gun violators in Chicago serve the minimum one year sentence. New York gun criminals face a mandatory minimum three and a half years in jail.

"That seems to me the only thing that I've seen in my 29 years in the FBI that really works, is locking people up that use guns," Grant said.