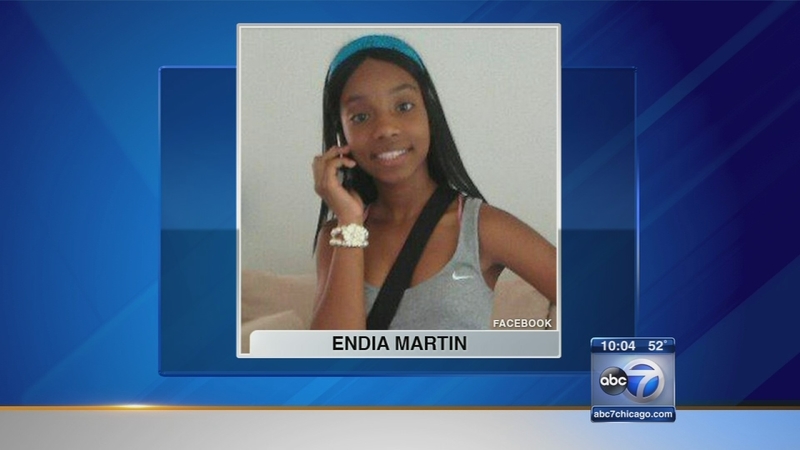 14-yr-old girl shot and killed on near West Side

CHICAGO (WLS) -- A 14-year-old girl was fatally shot while walking home from school at in the Back-of-the-Yards neighborhood. A second teenager was injured.

Endia Martin was pronounced dead at Comer Children's Hospital. Her parents, Kent and Joanie Kennedy, made a plea for the killers to turn themselves in.

"Just give it up. Turn yourself in," Joanie Kennedy said.

"No child needs to be gunned down like a dog in the street. Nobody, period," said Kent Kennedy.

The shooting happened around 4:30 Monday afternoon. Her parents say it was the result of an argument and words exchanged with other girls on Facebook.

Martin's parents said she was a freshman at Hyde Park Academy and was just transferred there because they thought she'd be safer.

"We never would imagine one of our kids would be gunned down like this," Kent Kenndy said. "For what? She wasn't a gangbanger. It just boggles my mind."