WLS
By John Garcia
JOLIET, Ill. (WLS) -- Bishop Joseph Imesch, the former leader of the Catholic Diocese of Joliet who was once at the center of a priest sex abuse scandal, died Tuesday morning. He was 84.

The Joliet Diocese is the second largest in Illinois behind Chicago, and with about 700,000 Roman Catholics, it's in the top 25 biggest in the country. Bishop Imesch oversaw much of that growth in his 27 years of leadership of the diocese.

"Always holding up that ideal of faith, mission. I think that's what I see his legacy to be. Growth, but growth with a purpose," said Bishop Daniel Conlon, Joliet Diocese.

"If you look at the number of churches that were constructed and the growth of the Diocese that he oversaw, it's a quite impressive legacy that he's left for us," said Robert Gilligan, Catholic Conference.

The growth included a large Latino population, and church leaders say Bishop Imesch was especially in tune with that community. He was also a big supporter of Catholic Charities and a strong opponent of the death penalty, who lived long enough to see capital punishment abolished in Illinois.

But he was also the bishop who oversaw a number of priests accused of sexual abuse of children. Last year, depositions showed he knew about priest sex abuse in his diocese but moved priests around to different parishes instead of removing them from service.

The Joliet Diocese paid out more than $4 million to 14 people who say they were abused by priests. The settlement was the culmination of years of litigation either through lawsuits or formal complaints to the Diocese of Joliet. The alleged abuse took place from the 1960s to the '80s. Yet, victims say some of the priests remained active until a couple years ago.

"Whatever good he's done can never outweigh or even balance all the harm that he's caused to so many people," said Kate Bochte, Survivors Network of those Abused by Priests (SNAP).

Bishop Imesch was succeeded by Archbishop J. Peter Sartain, who is now in Seattle. He issued a statement calling Bishop Imesch "tireless" in his commitment to the church and the Joliet Diocese.

Bishop Imesch, a Michigan native, was ordained after seminary school in Rome in 1956. Upon returning to Michigan, he was appointed assistant pastor at St. Charles Parish in Detroit, from 1957-1959 and was secretary to John Cardinal Dearden, Archbishop of Detroit, from 1959-1971. he was appointed pastor of Our Lady of Sorrows parish in Farmington, where he served from 1971-1977. 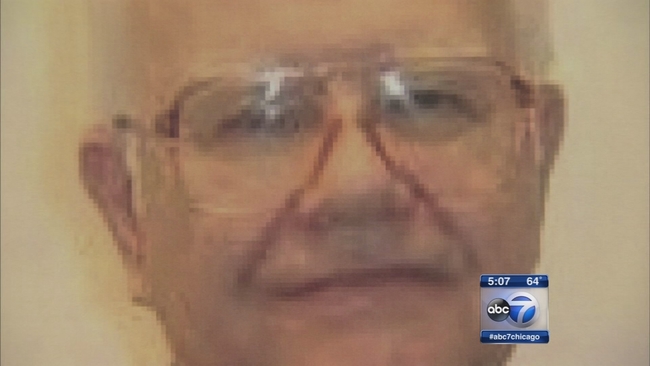