WLS
By Michelle Gallardo
CHICAGO (WLS) -- An extra-alarm blaze broke out at Harry's Lumber Company in Chicago's Norwood Park neighborhood 25 years and a day after it was destroyed by fire. 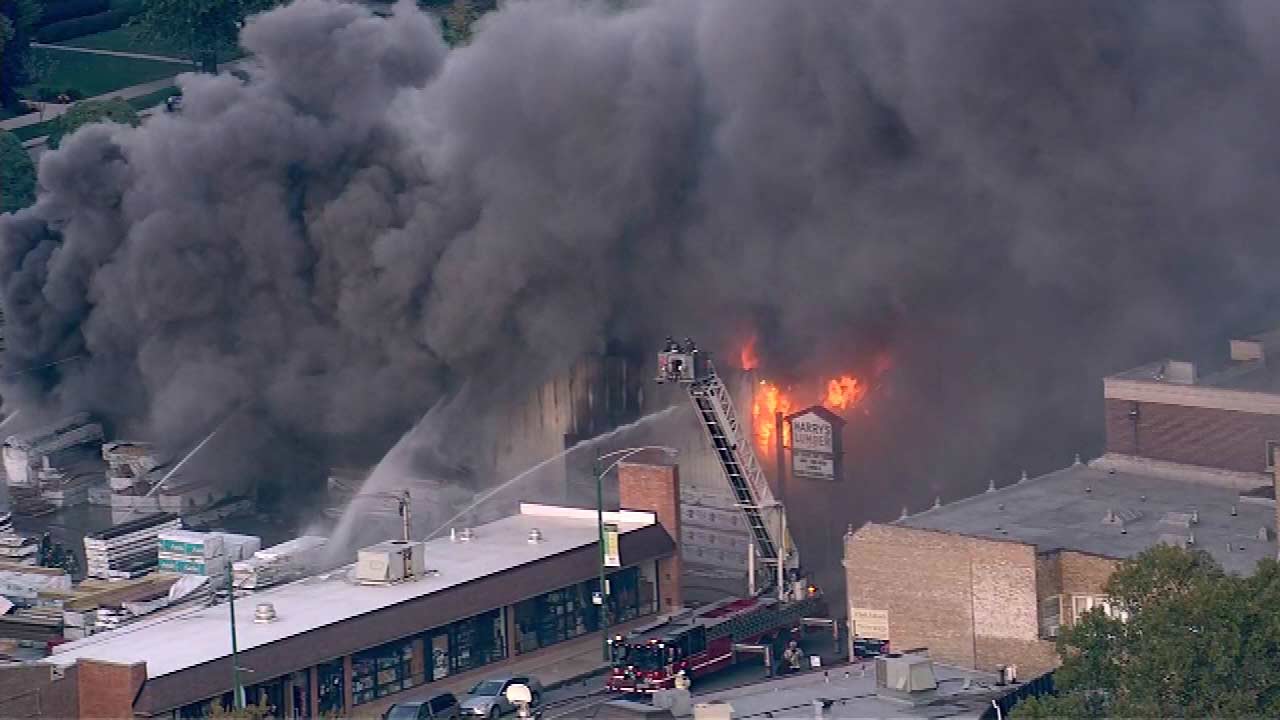 A 2-11 fire broke out at the family-owned business in the 6200-block of North Northwest Highway around 4 a.m. Tuesday. The flames were out by around 5:25 a.m.

CFD asked Metra to shut down the Union Pacific-Northwest line just northwest of the Norwood Park station because crews had to set up equipment on both sides of the tracks.

As the fire department began to clear the scene, the flames rekindled around 7 a.m. and was quickly upgraded to a 3-11. Thick plumes of black smoke billowed out of the doors and windows of the structure.

"We never left. We cleared the scene, but we never left. That's how we found that hidden fire they were looking at," said Jose Santiago, Chicago Fire Department.

Firefighters said battling the blaze was like going through a maze. The second fire was extinguished nearly two hours after it began. Officials said crews will have to watch for flareups all day Tuesday.

The lumberyard's owners said they received two calls from their security company overnight after motion detectors went off within an hour of each other, but it was antique shop owner Kathy Argentino who first alerted them of the fire.

"I looked out the window, opened the door and saw the smoke billowing out of the storage room, big facility there at Harry's Lumber," Argentino said.

"Ironically, I was just in their showroom yesterday. I was buying a piece of doll rod. I do know him personally. I've bought wood there before. Very sad thing," said Tim Trybus, who lives nearby.

The family is in disbelief. All of the contents of the storage yard were destroyed, but the family said they plan to rebuild.

This is not the first time a large fire has broken out at the lumber yard. 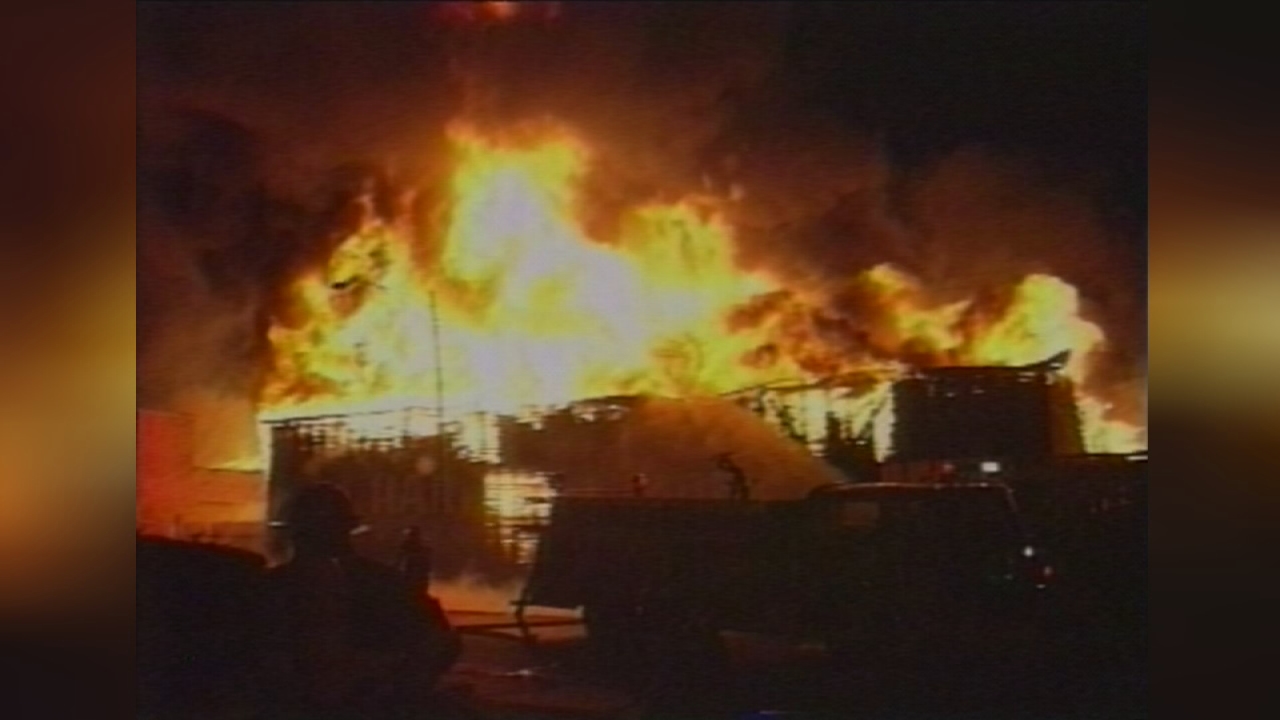 A 5-11 fire broke out at Harry's Lumber around 4:45 a.m. on Oct. 19, 1990. Since the building was made of wood back then, Harry's burned to the ground and the flames spread to other buildings. The structure is now made of metal, which can hinder firefighters efforts to put out a blaze. Laundromat owner Sherri Hartnell remembers it well.

"The flames were so high he had to get on the roof, my father, to hose it all down to prevent the building to prevent from starting on fire also," Hartnell said.

It's a tragedy that's felt by everyone in this tight-knit Northwest Side community.

"We've all been around for a long time," Hartnell said. "I feel so bad for the owners. They're really nice people."

Fortunately, no one was hurt in either fire.
Related topics:
norwood parkfire
Copyright © 2020 WLS-TV. All Rights Reserved.
RELATED 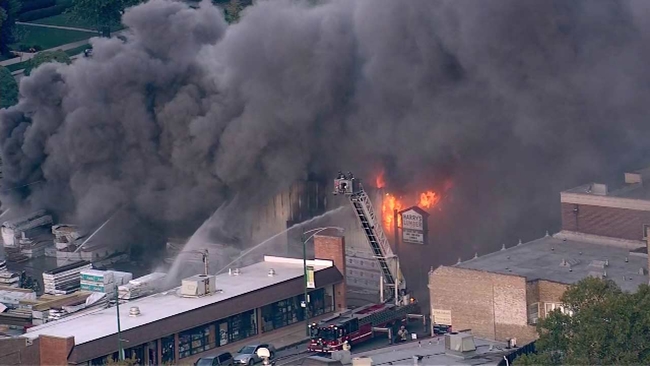