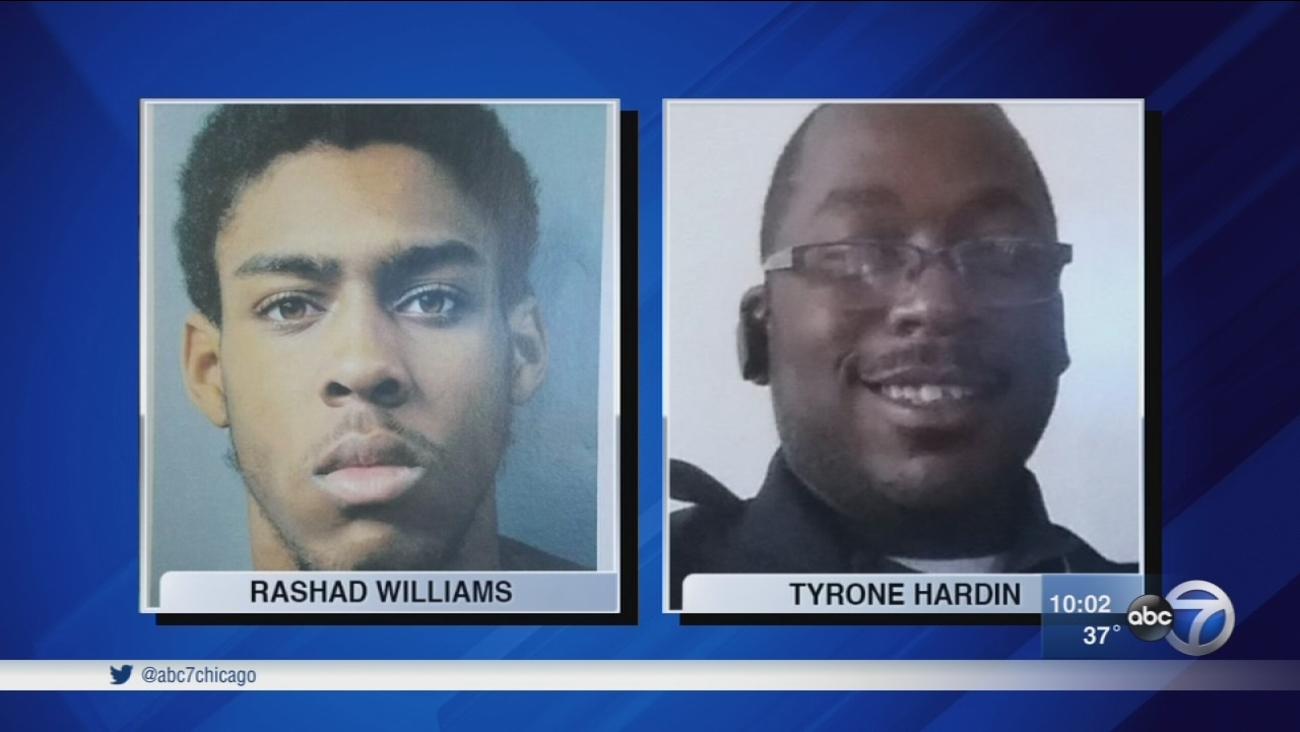 A man wanted in in the murder of a Canadian National Railroad security guard last weekend in south suburban Harvey was still at large following an extensive search. (WLS)

HARVEY, Ill. (WLS) -- A man has been charged in the fatal shooting of a Canadian National Railroad security guard in south suburban Harvey, police said Tuesday.

Rashad Williams, 24, of East Hazel Crest, was wanted in the shooting of 38-year-old Tyrone Hardin. Harvey police arrested Williams in Chicago Heights at about 9 p.m. Sunday. An arrest warrant was issued Wednesday night.

Williams has been charged with first degree murder and also the attempted murder of another CN Railroad employee. He is a convicted felon with a previous weapons charge.