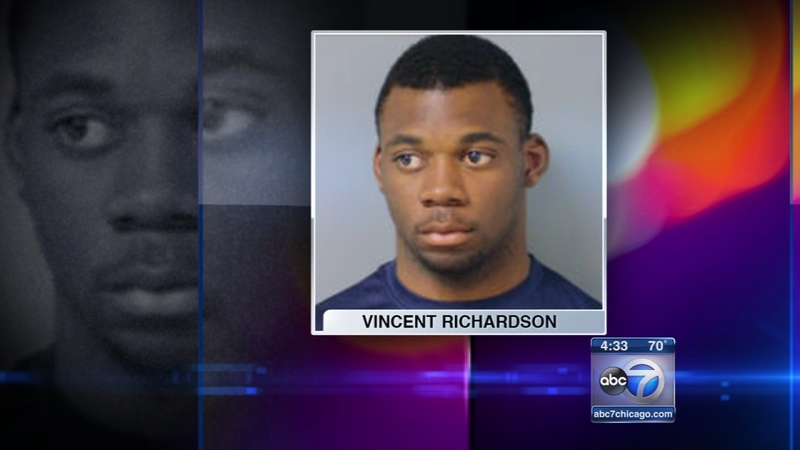 CHICAGO (WLS) -- A 21-year-old man who was busted for impersonating a police officer twice in his teens was caught again, officials said.

Vincent Richardson and another man were arrested Friday afternoon while investigating a call of shots fired in the 1200-block of West Marquette in the Englewood neighborhood. Police said Richardson and Dantrell Moore, 21, were each wearing bullet proof vests and had a police duty belt, scanner, BB gun and stun gun.

Richardson made national headlines when he managed to work a five-hour shift alongside real police officers on patrol at the age of 14. He was arrested again for impersonating an officer at 19 when he tried to buy police clothes at a uniform store in 2013.

Both men were charged with impersonating a police officer, a felony, and bail was set at $500 million.

Richard, who also has a warrant on a previous misdemeanor charge, will appear in court on Tuesday.