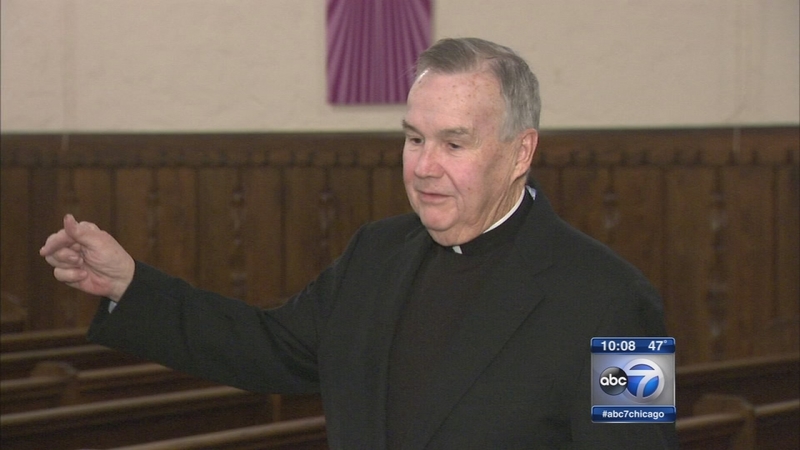 CHICAGO (WLS) -- Robbers roughed a Chicago priest on the way to the bank and got away with thousands of dollars in church funds on the city's North Side last week, police said.

Father Jim Barrett, 69, has been the head pastor at St. Mary Margaret for nearly 10 years. Saturday, his congregation is rallying around him as he recovers from the shock of being robbed just as he was to deposit the church's collection money.

Father Barrett greeted parishioners before Mass at St. Margaret Mary Catholic Church in Rogers Park Sunday, showing no outward sign of the mugging that left him on the ground just steps from Devon Bank on Western Avenue Tuesday morning.

The offender didn't look back. He ran down the street and got away before police could arrive. Father Barrett said he was carrying about $8,000 in cash and checks, church money from the Sunday collection and a fundraiser they had just held. However, he does not believe he was specifically targeted.

"I never go at the same time, that's one of the things the diocese tells us not to do," he said. "Never go to the bank, never do anything like that in a pattern."

Fortunately the cash is insured and checks can be re-written. This is a close-knit parish with families who have been coming for decades. As word spread of the incident, their first concern was their priest's well-being, not the stolen money.

Police are still investigating the mugging and no arrests have been made.