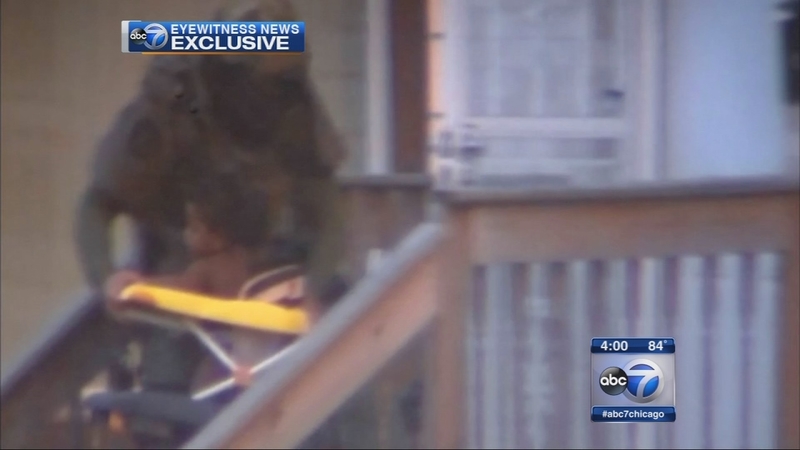 HARVEY, Ill. -- A neighbor shot video of a baby still in his stroller being rescued by police during the almost 21-hour Harvey stand-off.

The baby boy was one of six children held inside the home near 147th and Seely Avenue by two offenders. Two adult women were also taken hostage during the ordeal.

No one was injured, and the situation came to an end Wednesday morning. Tony Weathersby, who lives across the street from the scene, saw the whole thing unfold.

"They were trying to get the phone into the house, and we saw that they put the phone up. The little girl came and got the phone, then she set it back," Weathersby said.

Weathersby shot video, which shows a young girl placing one of the babies still in the stroller on the porch. Seconds later, an officer grabs the child in his stroller.

"This morning, they put up another phone. You heard them saying, 'Pick up the phone.' They still didn't respond. (Police) took action," Weathersby said.