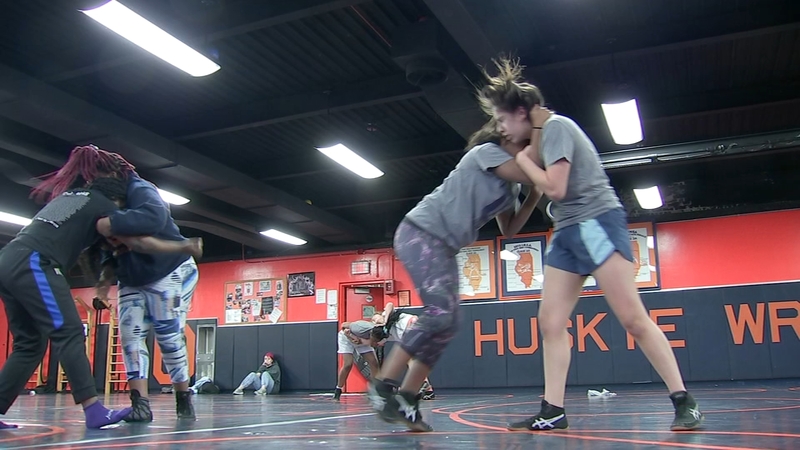 "For my time in the community, there was just a girl here or there," said Coach Fred Arkin. "Now in Illinois, it is growing exponentially."

Wrestler Louise Calkins said, "Joining a sport that is male dominated, especially how good the boys' team is here, you want to like prove them wrong. But they told us they are going to treat us just like the boys and work as hard as them and we need to kick it up four notches, so the hardest part is probably practice."

"Sometimes I get good reactions and other times, like my great grandmother who says, 'That's not very lady like.' I told my grandfather and he said, 'You know, I used to wrestle and I was like, now me.'"

Meanwhile, wrestler Sadie Scheer said she enjoys the hands-on nature of the sport.

"Like personally, I'm a more hands-on learner and it just kind of fit my personality and learning style," Scheer said.