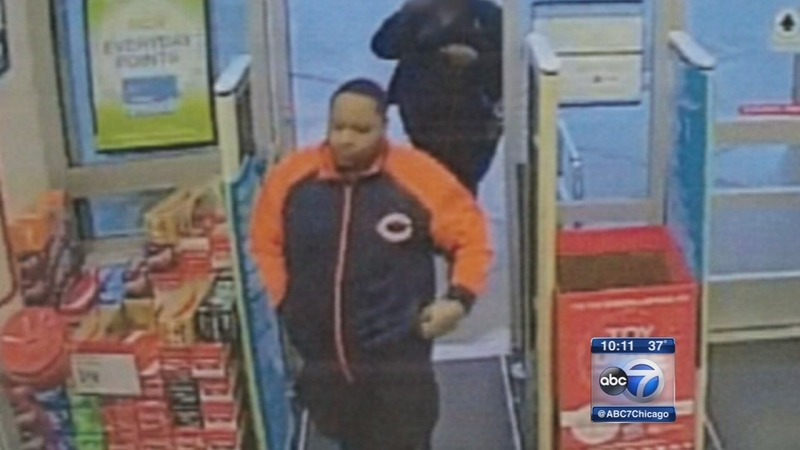 Police released a photo of the man they say targeted two women in their 70s in Orland Park and Matteson. The suspect is between 25 and 35 years old, 5'5" to 5'7" with a medium to heavy build and a medium brown complexion.

"We live in a new age," said Nancy, a shopper. "You have to be aware more and more."

"I think it's horrible, but it happens everywhere - not just here," said Kathleen Richards, an Orland Park shopper.

One of the incidents was at Orland Square Mall, one of the largest shopping centers in the southwest suburbs.

Orland Park police say the 72-year-old woman was in the lower level Carsons parking lot when the would-be robber walked up, showed her a gun, and said to hand over "everything you got." He then attempted to take her keys.

Instead, the woman shoved her car door open and the man walked away with nothing.

"I'm happy she got away and didn't get attacked or anything," said Ashley Pulla, a shopper.

"It wouldn't prevent me from coming, but it certainly makes you look around more, see what's going on around you," said Tim Spitsbergen, an Orland Park shopper.

Then, at Lincoln Mall in Matteson, police say the robber targeted a 78-year-old woman the same day. He had a gun, and got away with her purse.

Police say the suspect used the victim's credit cards within two hours. He went to retail stores in Chicago Heights and across the border in Indiana, using the card at stores in Dyer and Schererville.

For some, hearing about this and other news, dampens the holiday spirit.

"Instead of people going out and having a nice time celebrating the holidays and everything that's coming up, they have to worry about looking over their shoulder and it's not right," said Jon Basinski, who works in Orland Park.

Orland Square Mall released a statement Friday that said: "The safety of our shoppers and employees continues to be our top priority. As a part of our comprehensive security program, we are fully cooperating with the Orland Park Police Department as they conduct their investigation and encourage anyone with information to come forward."

Orland Park and Matteson police continue to investigate. Matteson police said that in their case, the suspect left in a dark-colored SUV, possibly a Chevy Tahoe or Suburban.