WLS
By Diane Pathieu
CHICAGO (WLS) -- Police questioned a person of interest after a shooting on a CTA bus left three people, including two teenagers, wounded Monday, but released him without charges after determining he was not the shooter.

The shooting occurred on a northbound 75 bus in the 7600-block of South State Street, just off the Dan Ryan Expressway, in the Greater Grand Crossing neighborhood at about 6:17 p.m., police said.

A 59-year-old man took himself to St. Bernard Hospital with a graze wound to his left side, police said. He has been treated and released.

Witnesses said as the shooter ran, he fired at the outside of the bus, then ran off into the neighborhood east of State Street.

There are cameras on and around the CTA bus. Police said the shooting was likely captured on video.

"There's video in the CTA bus we'll be looking at, are in the process of getting," said Chicago Police Sergeant Rocco Alioto. "It's high-def video that will give us an idea of what exactly transpired." 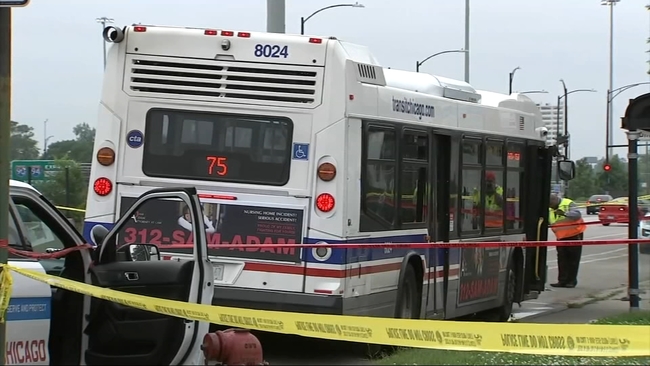