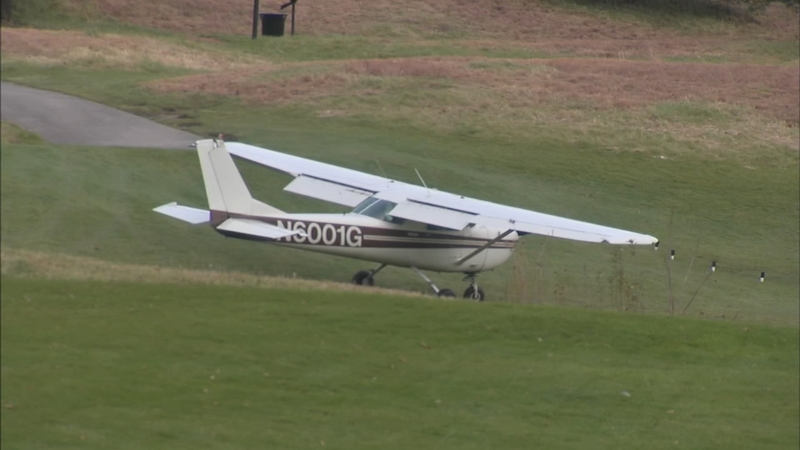 GLENVIEW, Ill. (WLS) -- A pilot turned a fairway into a runway Sunday after a plane was forced to make an emergency landing on a north suburban golf course.

A single-engine Cessna 150 landed near the 13th hole on The Glen Club's golf course in Glenview.

"We were on 13 ready to tee off and this plane comes hovering over our heads," said Dave Cederberg.

Cederberg was one of many golfers on the course at the time.

"It was pretty scary though," he said. "Just flew right over our heads."

According to the Federal Aviation Administration, the plane landed just before 2:30 p.m. Sunday after the pilot reported engine trouble.

Christie Paich, manager of The Glen Club, and a flight instructor with the Chicago Executive Airport said the plane came from a nearby airport and is connected to a flight school.

"We could see it outside our window," said Glenview resident Tamara Holmes.

Neighbors who live along the golf course said this was quite the uncommon sight.

"I'm really glad that everybody is OK, you know, like it's Glenview, these things don't really happen very often up here, so we're glad that they got a safe landing," Holmes said.

Paich said she was told the plane was carrying a pilot and student.

Authorities said no injuries have been reported in the emergency landing.