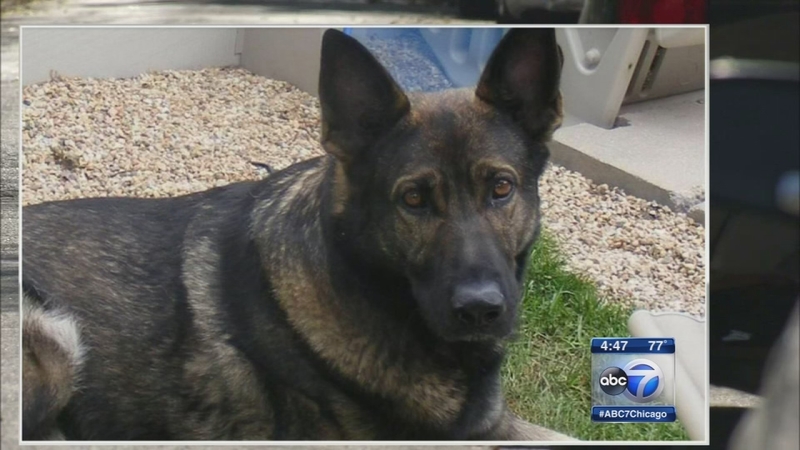 CHICAGO (WLS) -- A Chicago police dog is undergoing surgery after it was allegedly attacked by two pit bulls in the city's Clearing neighborhood, police said.

The dog was walking with its off-duty police officer partner in the 6300-block of West 61st Street around 11:20 a.m. Friday when the alleged attack occurred, officials said.

"This fence right here, I was able to grab the pit bull dog and put a body lock while the K-9 dog and owner were able to go inside the fence and lock the gate," said Jesse Bonilla, a witness.

That way, off-duty Officer Terry Kazupski and his K-9 Ditto could lock themselves in the tennis court area. They happened to be strolling at Hale Park when witnesses say a pit bull owner was walking two dogs when one broke free from its leash.

While another witness called 911, Bonilla hustled to help. At this point, he says, the pit bulls were attacking the K-9.

"Once the pit bull got the tension of the jaw on the neck of the other animal, there is no way to release it," Bonilla said.

"We all just started to inhale it and that's when the pit bull dog started releasing it and I was able to - got one of them in a headlock," he said.

He got scraped up - but yes, he used a headlock on the pit bull.

"The dog could not move at all. I grabbed his leash and I wrapped it around his neck and his mouth," he said.

Ditto is expected to survive and has been in surgery at VCA Animal Hospital in Berwyn.