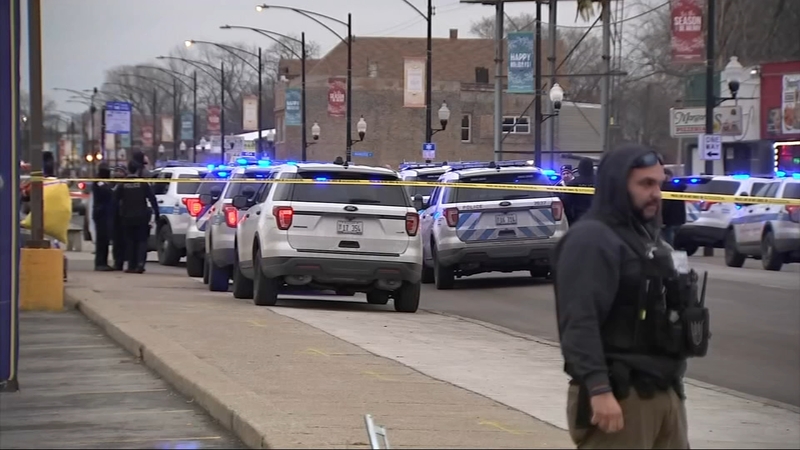 CHICAGO (WLS) -- A man was fatally shot by a Chicago police officer during a confrontation on the city's South Side Saturday, police said.

Chicago police said officers were responding to reports of several robberies involving a man armed with a knife in the South Shore neighborhood at around 3:15 p.m.

Police said the man fled the scene, and was later confronted by officers near the 2700 block of E. 79th St.

CPD officials said the man advanced toward officers despite their repeated requests for him to drop his 10-inch knife.

Police said an officer then used a stun gun on the man twice.

"After the Taser had no effect on him, one of the cops fired about three times and hit him in the chest area," said Chicago Police Chief Fred Waller.

The man was transported to University of Chicago Hospital, where he was pronounced dead, Chicago police said.

Chicago police said the Civilian Office of Police Accountability is investigating the incident and officers' use of force.

The officers involved will be placed on paid administrative leave for 30 days, police said.

But police said they're confident in their officers' actions.

"Another example of us trying to use less than lethal force initially and when that didn't stop him or the threat and he kept advancing then he had to use lethal force," Waller said.