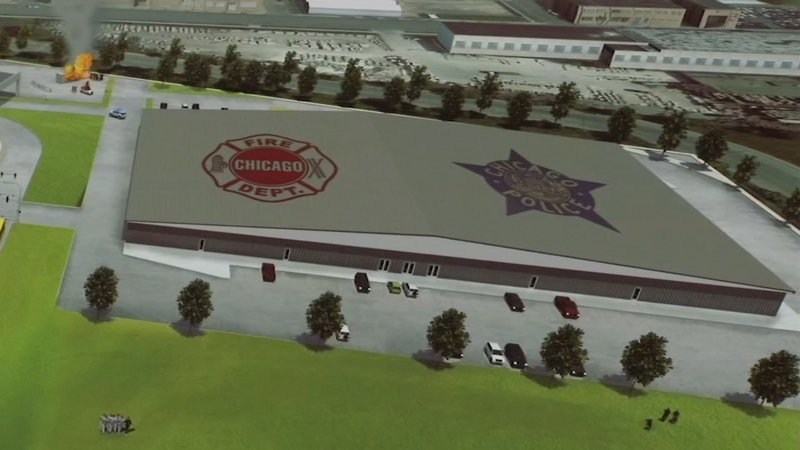 CHICAGO (WLS) -- Chicago took a step toward building a new police and fire academy on the city's West Side Friday.

Mayor Rahm Emanuel announced Friday that the City of Chicago has entered into exclusive negotiations with a firm to build the $95 million facility.

Emanuel said when the new training facility is built, it will be something that the city and the country can be proud of and will provide state-of-the-art training for police, firefighters and EMTs.

Friday's announcement marks the move into final negotiations with the company that will transform a 30-acre vacant lot in West Garfield Park into the facility.

The academy will replace the current police training facility, which Superintendent Eddie Johnson said is so outdated that real-life training scenarios have to be conducted in the hallways.

"What I am most proud of is that this academy will be a hub for the police and the community partnership, we want this to be a place where the community can visit, learn how we train, train with us," Johnson said.

"This joint training facility will allow our first responders to train under realistic conditions that we confront every day, all the time," Ford said.

"This means jobs, number one. Number two, I feel more, to be more safe, safer with, as the mayor said, there will be over 600, 700 officers coming throughout there," said Pastor Contrell Jenkins of Lively Stone Missionary Baptist Church.