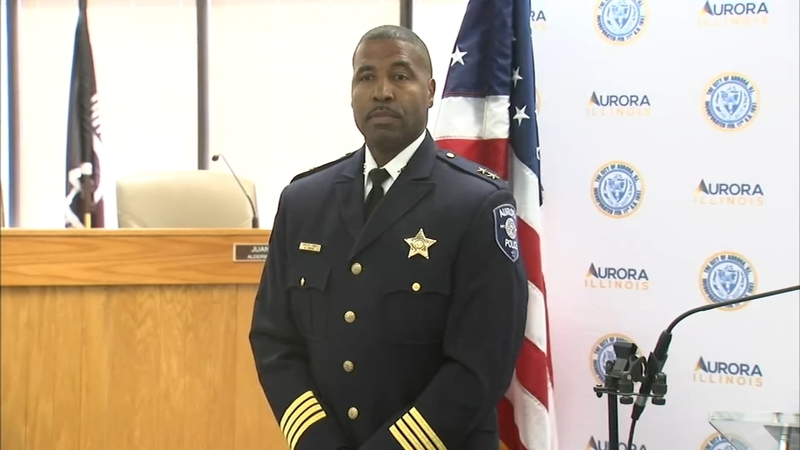 AURORA, Ill. (WLS) -- It has been a difficult few years of Aurora police; two and a half years ago a mass shooting at the Henry Pratt company killed six people, including the gunman, and injures six police officers. In 2020, racial tensions led to riots in downtown Aurora that caused millions of dollars in damage.

Keith Cross has been with the Aurora Police Department for 27 years through many challenges, and now the mayor has tapped him to lead it.


With more than 300 officers, Aurora is the second largest police force in the state. It is also a diverse community, which Mayor Richard Irvin said is an important factor in his decision,

"We wanna make sure everyone is represented so when someone goes to the police department there is someone they feel comfortable talking to," Mayor Irvin said.


A number of Aurora activist groups have long been critical of the department's interactions with the community. Brandy Gilliam of the Aurora Grassroots Alliance said he's hopeful that will change with new leadership.