Candidates for governor pumping millions into other Illinois races 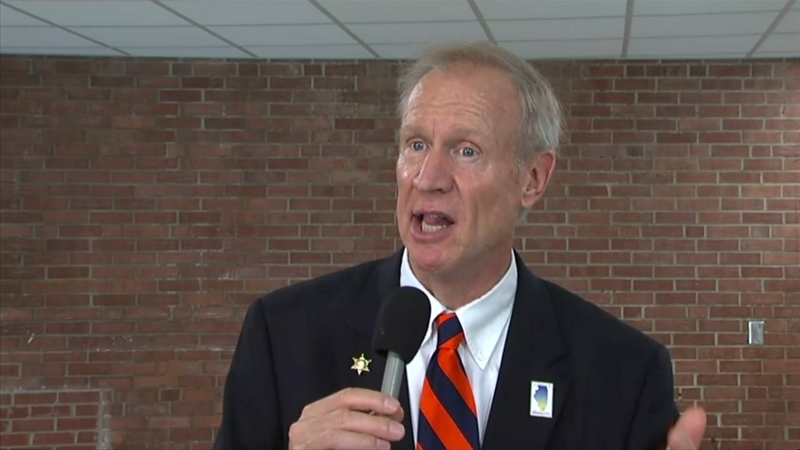 Candidates for governor pumping millions into other Illinois races

CHICAGO (WLS) -- The focus of the November election may be on the top prize on the ticket, the governor's race, but the two candidates are pumping millions of their own money into other races across the state.

It's a sign the November battle ground will be fought in districts across the state.

In downstate Peoria, Gov. Bruce Rauner was talking education as he puts his money where his candidates are all.

"I just sent $4 million of that to House Republicans," Gov. Rauner said.

It's money meant to shore up incumbent republicans, or elect new candidates in some key areas.

"It's still early in that, we're still testing the districts, we're doing our polling, as they are, but I can say it will be Central Illinois, downstate Illinois is going to be a significant investment for House Republicans and also some suburban races," said Jim Durkin, House Republican Leader.

But JB Pritzker had pumped $4 million of his own into house and senate democratic organizations and a new one focused on Central Illinois. The party's executive director says they will fight in every part of the state, including downstate and places where Hillary Clinton won, but republicans now hold office.

"So you've got a series of races at the Illinois House level, Illinois Senate level the congressional level and of course the very important attorney general's race, especially in context of the Trump administration," said Christian Mitchell, Ex. Dir. Democratic Party of Illinois

Pritzker has given $50,000 to Kwame Raoul. Rauner countered with a million to Erika Harold, and he took this shot at retiring Attorney General Lisa Madigan.

"Having an attorney general who will prosecute corruption rather than defending corruption like we've had for 16 years will be huge step forward," Rauner said.

Lisa Madigan's office declined to comment. And while Republicans can be expected to play the corruption card, Democrats have their own trump card.