In his lawsuit, state Representative Darren Bailey alleged that Pritzker's actions were unlawful because the stay-at-home order extended beyond the 30-day time period imposed by the legislature.

The Justice Department agreed, saying "the Governor exceeded his authority when issuing the executive order" in their statement of support.

Bailey's lawsuit was filed in state court but Pritzker, through the Illinois Attorney General, sought to have Bailey's case moved to the federal court. The Justice Department argues against that, saying, "the Governor cannot show that any federal issue is necessarily raised in the complaint."

"When the Department of Justice speaks, it is generally at least listened to, and I expect that the judge will read this very carefully and consider the arguments," said ABC7 Legal Analyst Gil Soffer.

The governor's spokesperson responded, saying, "It's unfortunate the Department of Justice is opposing state efforts to protect the people of Illinois from a virus that has already caused the deaths of 4,750 people here."

Bailey's case is one of several that have challenged the governor's power during the COVID-19 crisis.

Friday, the US Attorney's office for the Southern District of Illinois weighing in on the case on Bailey's behalf.

"However well-intentioned they may be, the executive orders appear to reach far beyond the scope of the 30-day emergency authority granted to the Governor under Illinois law," said Steven D. Weinhoeft, the U.S. Attorney for the Southern District of Illinois in a statement. "Even during times of crisis, executive actions undertaken in the name of public safety must be lawful. And while the people of Illinois must be physically protected from the effects of this public health crisis, including by complying with CDC guidelines their constitutionally guaranteed rights and liberties must be safeguarded as well."

Although Bailey's lawsuit does not raise any federal constitutional claims, the statement explained, "It is up to the Illinois courts to rule on Plaintiff's claims, which, because of the sweeping nature of the Orders, may affect millions of lives and raise significant constitutional concerns in other litigation."
Report a correction or typo
Related topics:
politicschicagoloopspringfieldcourtdepartment of justicejb pritzkercoronavirus illinoisstay at home order
Copyright © 2020 WLS-TV. All Rights Reserved.
CORONAVIRUS ILLINOIS 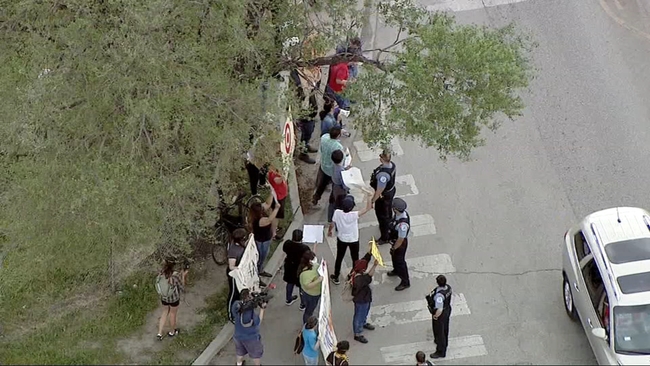