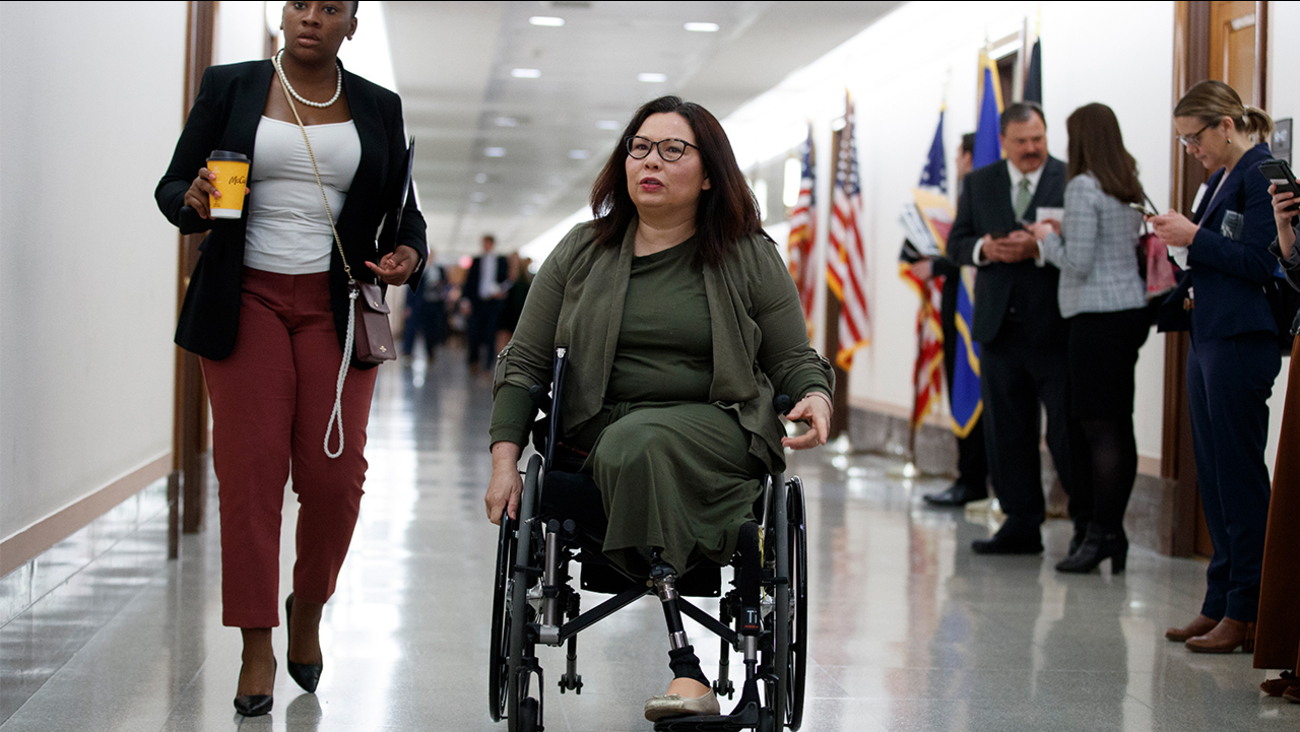 CHICAGO (WLS) -- Buzz is growing that U.S. Sen. Tammy Duckworth may be a strong contender to become Democrat Joe Biden's running mate in his bid for the presidency.

The possibility is already making Duckworth the target of attacks and criticism.

Duckworth has been making more television appearances as she emerges on the shortlist for VP.

"The emails are flooding my inbox. She is ramping up her campaign, doing tons of media appearances, making the most of her candidacy," ABC 7 Political Analyst Laura Washington said.

With the higher profile, Duckworth has come under attack. Fox News Host Tucker Carlson called the double-amputee combat veteran a "coward," "fraud" and "moron." Sen. Dick Durbin tweeted Duckworth is a national hero, and Carlson is a national embarrassment.

In 2012, then-Republican Congressman Joe Walsh was unseated by Duckworth after a bitter campaign. He said she would be a phenomenal attack dog for the Biden campaign.

"She is difficult to run against," Walsh said. "She is a woman who sacrificed both legs for this country."

"I have known her for many years. I volunteered for her first run for Congress and in many ways that was the volunteer experience that got me really involved in politics in Illinois," Mah said.

Duckworth is one of several women under consideration by the campaign. Retired Law Professor Joel K. Goldstein has written two books about the vice presidency.

Goldstein said it's too early to predict who Biden will choose.

"You would have predicted Walter Mondale on July 8th, or George H.W. Bush or Dan Quayle or Sarah Palin or many of the other people who have selected," Goldstein said.

Duckworth challenged Carlson to walk a mile in her legs.

Does @TuckerCarlson want to walk a mile in my legs and then tell me whether or not I love America?