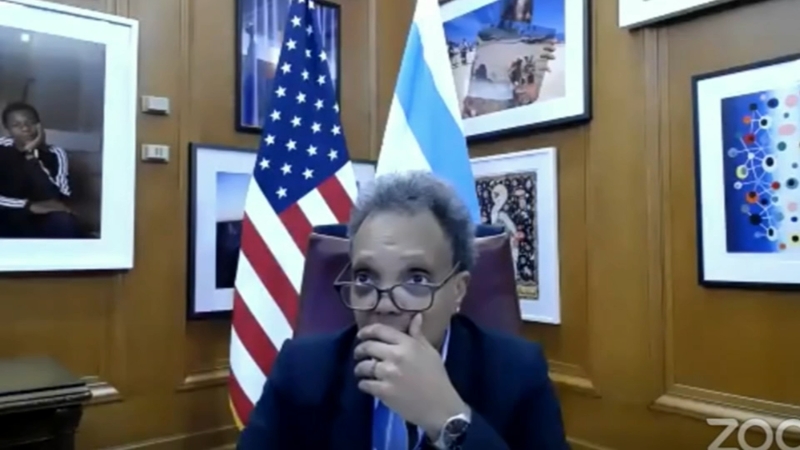 CHICAGO (WLS) -- Chicago Mayor Lori Lightfoot was forced to explain why she was heard swearing on an open mic during Wednesday's city council meeting.

Mayor Lightfoot is heard saying "You've gotta be [expletive] kidding me" as Alderman Rossana Rodriguez-Sanchez wrapped up a message about Black History Month.

Following the meeting, the mayor said she was referring to something a staff member had brought to her attention during the virtual meeting and was not referring to the alderman's comments.

"Sorry to disappoint the Twitter trolls, but my comment had nothing to do with anything that was actually going on at City Council," Lightfoot said at a post-city council meeting press conference.

However, the mayor would not say what she was referring to.

Lightfoot was caught in a similar situation in July 2019, when a hot mic picked up a comment she made calling a Chicago police union official a "clown."

"I am sorry that I said it out loud," Lightfoot said at the time.
Report a correction or typo
Related topics:
politicschicagolooplori lightfootchicago city council
Copyright © 2021 WLS-TV. All Rights Reserved.
More Videos
From CNN Newsource affiliates
TOP STORIES