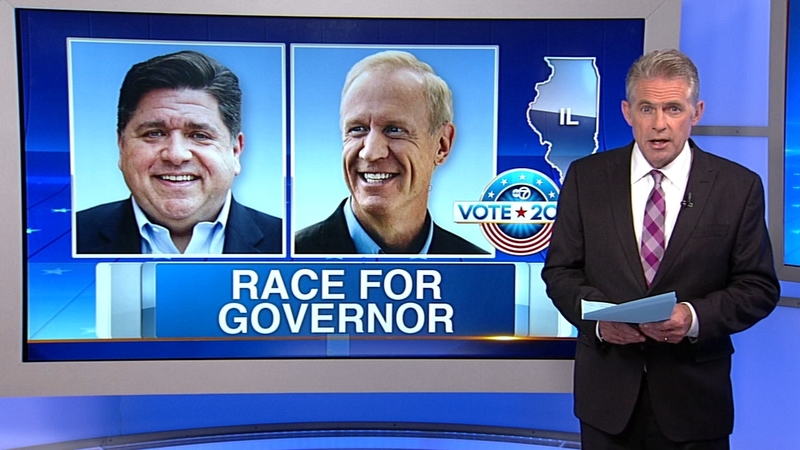 Two days before Bruce Rauner squares off with J.B. Pritzker in their first debate before the November election, the governor called out Pritzker and expressing confidence that he can win re-election.

Gov. Rauner, the Republican incumbent, was touring a family-owned manufacturing plant in Addison Tuesday as he accepted the endorsement from four major business organizations. He and several business leaders fired salvos at Pritzker, the Democratic gubernatorial candidate, as having an agenda that will hurt Illinois companies.

"He doesn't have an agenda other than tax hikes, bigger spending and more corruptions," Rauner said.

Their first debate is scheduled for Thursday.

Rauner said he wanted more of them.

"I've actually asked for seven debates with him, he has refused, so far he has only reluctantly agreed to three debates. We should have seven or eight debates to get the truth out so everybody knows how many jobs we've created, everybody knows what I'm fighting for and all the bad stuff Pritzker stands for," Rauner said.

"J.B. agreed to three debates back in May and looks forward to sharing his vision for creating jobs, expanding healthcare, and investing in education and comparing his vision to Bruce Rauner's record of failure. After months of complete silence about debates from Bruce Rauner and his campaign and after he refused to debate Jeanne Ives even once during their primary, there is some irony in the governor wanting more debates than he did in 2014."

Also, the governor found himself backpedaling Tuesday about Supreme Court nominee Brett Kavanaugh, who Rauner supported in letter back in June, but now has concerns about after sexual assault allegations surfaced from when Kavanaugh he was in high school.

ABC7 will be hosting a second debate on October 3.

Vote 2018: The Debate in the Race for Illinois Governor
ABC 7 Chicago, the station that has broadcast candidate debates and forums for more than two decades, will partner again with the League of Women Voters of Illinois Education Fund and Univision Chicago for a commercial free debate among candidates running for Illinois governor.
Report a correction or typo
Related topics:
politicsaddisonspringfieldillinoisbruce raunergovernorgubernatorial race
Copyright © 2021 WLS-TV. All Rights Reserved.
More Videos
From CNN Newsource affiliates
TOP STORIES