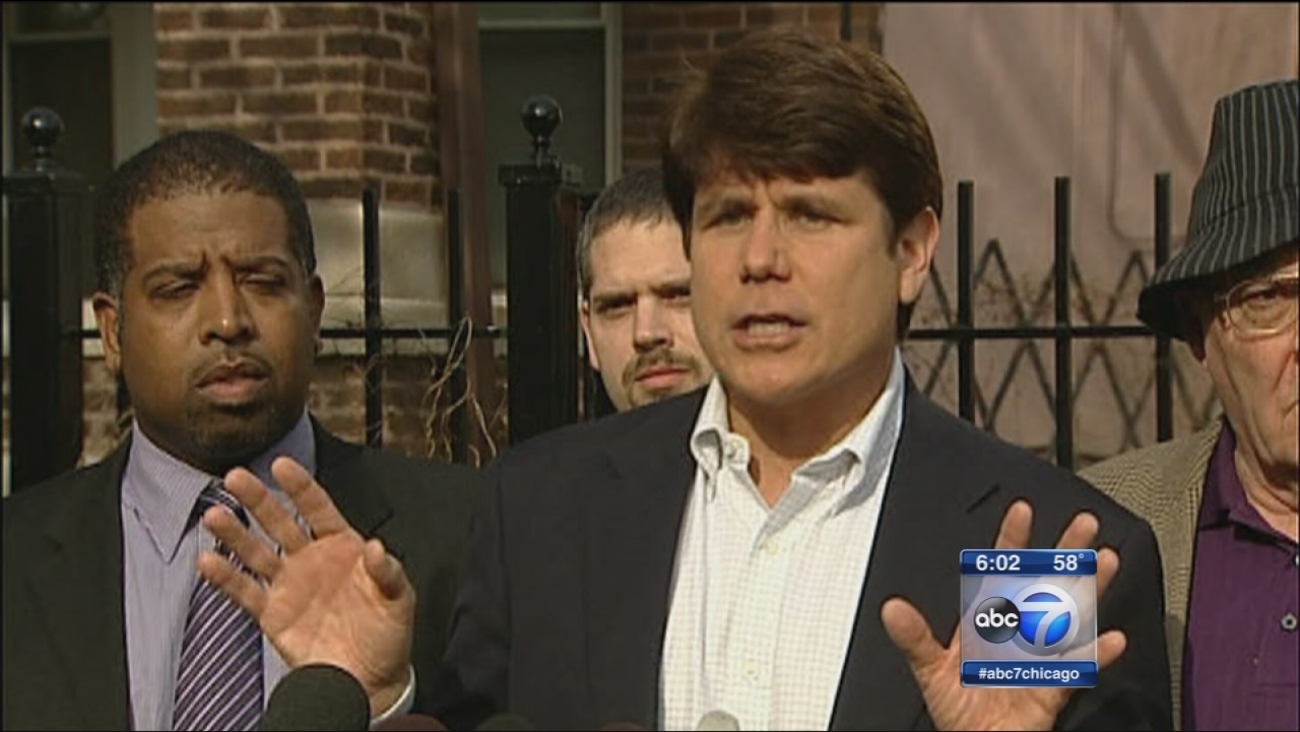 Former Governor Rod Blagojevich is making his last legal stand. His attorneys filed his appeal to the U.S. Supreme Court on Tuesday. (WLS)

CHICAGO -- Former Illinois Gov. Rod Blagojevich could soon learn whether the U.S. Supreme Court will hear an appeal of his conviction on charges of corruption that included an attempt to sell an appointment to President Barack Obama's old Senate seat.

The 59-year-old Democrat had five of his 18 convictions thrown out in July 2015 and has asked the high court to overturn the remaining ones. He is currently serving a 14-year prison sentence.

The court typically issues orders on the Monday after deliberating a petition. Decisions to not consider such petitions are usually noted without explanation.

In an 83-page filing, Blagojevich argues that the line between the legal trading of political favors and bribery has become muddled, potentially exposing politicians everywhere to criminal charges.

The Supreme Court hears only about 80 cases annually out of more than 10,000 such requests. It typically accepts cases that raise significant legal issues, which is why the filing emphasizes what it calls the far-reaching implications of Blagojevich's case.

The 7th U.S. Circuit Court of Appeals also grappled with the issue of what is and isn't corruption when it struck five of Blagojevich's convictions in its July ruling. The three-judge panel determined that Blagojevich crossed that line when he sought money - often campaign cash - for naming someone to the U.S. Senate seat that Obama vacated when he became president. But the judges said he didn't cross it by asking for a Cabinet seat for himself.

The panel also ordered a new sentencing hearing for Blagojevich, which has not yet been scheduled.
Related topics:
politicschicagorod blagojevichsupreme court
Copyright © 2020 by The Associated Press. All Rights Reserved.
More Videos
From CNN Newsource affiliates
TOP STORIES