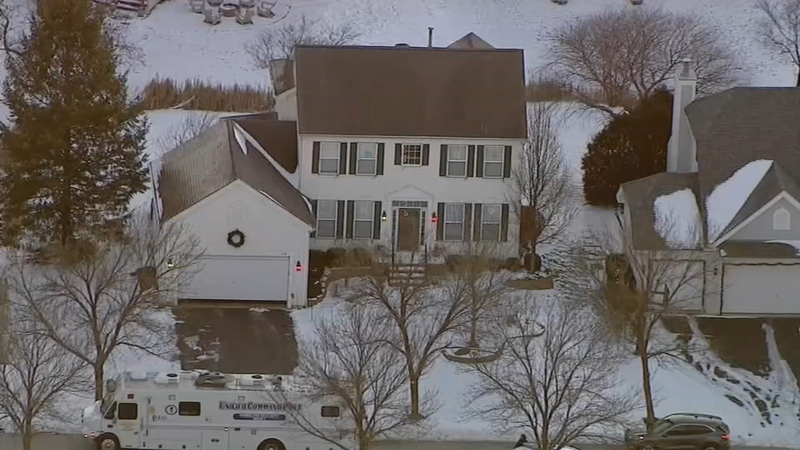 Deputies responded just after 1:20 a.m. to a report of domestic violence in the 200-block of Manchester Lane. When police arrived, a man shot at deputies and a woman in the home, the sheriff's office said.

Deputies returned fire, hitting the man. He was pronounced dead on the scene.

The woman suffered a graze wound during the incident and was taken to Advocate Condell Medical Center in Libertyville. She is expected to be OK.

No deputies were hurt in the incident, which police said is believed to have been isolated. There is no threat to the general public.

"Wow. It's a shame. I'm still in shock. It's close to home," neighbor Fernando Ramirez said.

Investigators went through the house and yard searching for evidence, at one point holding up a tarp to shield their activities from onlookers.

Neighbors said the family that rents the house has been in the neighborhood for about two years. They have two young children who may have witnessed the shooting. One of those children goes to school with Ramirez' son.

The suspect has not yet been identified. The two deputies involved in the shooting have been put on paid administrative leave until the investigation is complete.

The Major Investigation Assistance Team will be investigating the incident.