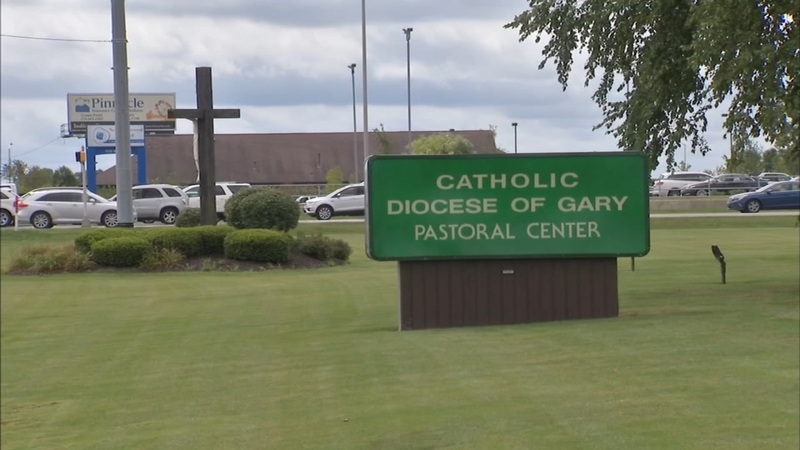 GARY, Ind. (WLS) -- The list appeared on the Diocese of Gary's website Monday. It includes the names of ten priests, who over the years have been found by the Catholic Church to have been guilty of credible actions of sexual molestation of minors.

Diocese spokesperson Debbie Bosak says it's part of an effort to be more transparent. "When we find that credible evidence exists, the first thing we do is notify local authorities. But our list does not mean that these men were necessarily found to be criminal."

The publication comes in the wake of the recent Pennsylvania grand jury report that says 300 "predator priests" abused more than 1,000 children over the past seven decades.

While none of the names on the Gary Diocese's list are new, in a YouTube statement released yesterday Bishop Donald Hying said, "Those who have committed crimes of abuse and those who have facilitated such crimes must be held accountable. This is an absolute necessity if we are to regain trust and move forward."

The men listed include seven former priests who were either removed from ministry or lost their clerical status between 1970 and 2016-- and three who were never punished. Most are no longer living. None appear to have ever been criminally charged, but at least two of them have been named in civil lawsuits. Two still live in Northwest Indiana. "That list isn't set in stone. As you can imagine there are decades of files that need to be gone through. That is happening now. And names will be added, if and when they are found," said Bosak.