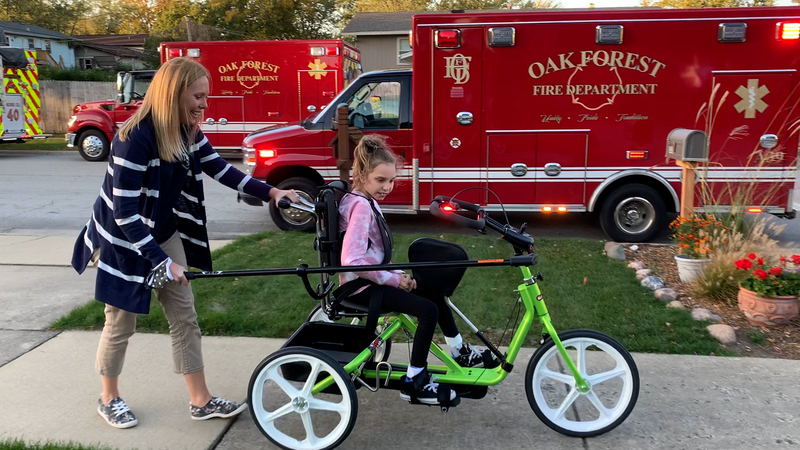 "When you see these kids go through this treatment and have the fight of their life, I mean they are the true heroes," said Kurt DeGroot, the founder and CEO of Project Fire Buddies.

The organization, which began at the Oak Forest Fire Department, is a chaptered group of first responders who visit severely ill children in their communities, bringing joy and comfort during difficult times.

"Project Fire Buddies is a way for firefighters to create relationships and support with children battling pediatric cancer and other critical illnesses," DeGroot said.

The group has grown to 20 chapters with 32 chapters on the way in 5 different states. Parents who've benefited say it makes them proud of their community and their local fire departments.

"Project Fire Buddies has been amazing," says parent Jill Hedenschoug. Her daughter was diagnosed with an optic nerve glioma in 2021.

"We had a plan to go to the Jojo Siwa concert. Little did we know that Project Fire Buddies also knew about it," said Hedenschoug. The organization had a driver escort the family for the entire night.

Project Fire Buddies regularly visits children on holidays and special occasions bringing gifts and dressed up characters but they often just come to spend time playing with the kids. Several celebrities like Dwayne "The Rock" Johnson, Jack Black, and Gal Gadot have also sent supportive messages to the families.

"We're slowly and gradually spreading across the nation. We always say it kind of ignites the fire in us and we kind of see that fire spread," DeGroot said.