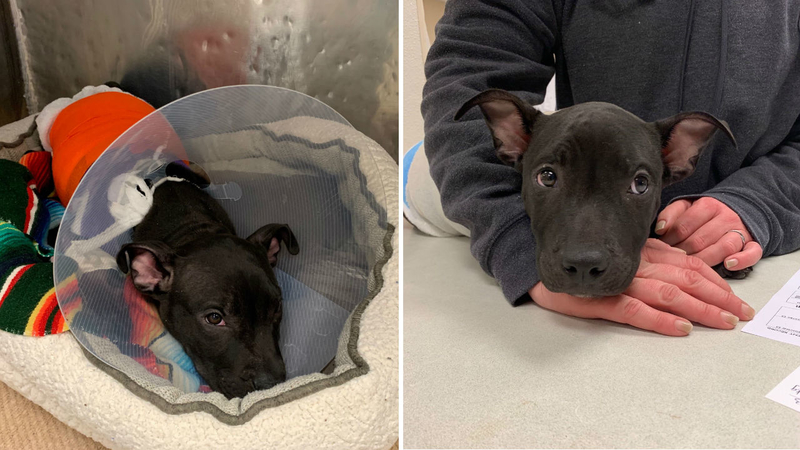 PATERSON, New Jersey -- A 3-month-old pit bull puppy is recovering after he was reportedly lit on fire with a blowtorch in New Jersey.

Ramapo-Bergen Animal Refuge, Inc. says Tyler was discovered by a good Samaritan a week ago. That witness said they saw Tyler and another dog lit on fire.

The good Samaritan tried to treat Tyler's wounds for a week, but his injuries were too severe, so he was taken to and animal hospital on Sunday night.

Tyler's burn wounds are severe and he is now receiving emergency medical care.

Doctors had to cut away dead skin in order to treat his injuries and doctors expect his wounds will get worse before they get better.

He is currently on fluids and may require a plasma transfusion.

"Tyler is a victim, yes, but he is also a hero as he speaks to the perseverance and forgiving nature of dogs, particularly pit bulls, who are by far the most abused, exploited and misunderstood breed," RBARI said in a statement.

The rescue group says the incident happened in an area known for dog fighting and they have rescued other dog fighting victims from there before.