'It felt like virtual reality:' Rhone Talsma opens up on Jeopardy win over Amy Schneider 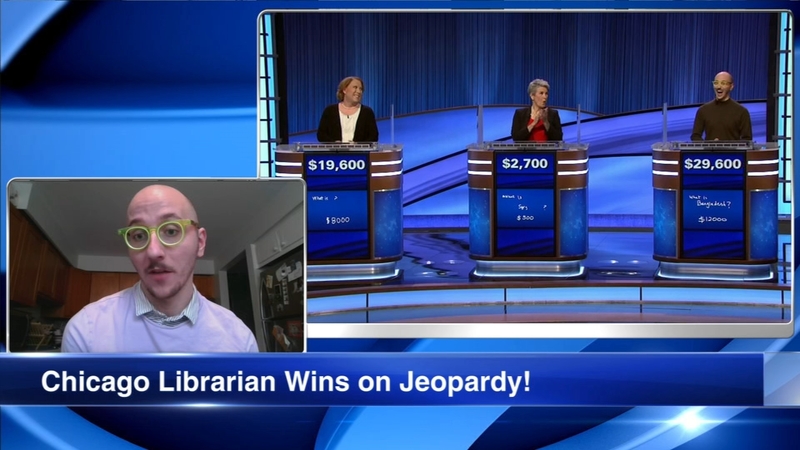 'It felt like virtual reality:' Rhone Talsma opens up on Jeopardy win over Amy Schneider

CHICAGO (WLS) -- A Chicago librarian will go down in the Jeopardy history books after Rhone Talsma put an end to Amy Schneider's 40-game winning streak.

Rhone spoke with ABC7 Thursday from the Chicago Ridge Library where he works.

After winning on Wednesday's show, Talsma said he was, "feeling so many different emotions. I was so humbled because Amy is so dominant at Jeopardy and I love Jeopardy and am such a huge fan and so knowing I was going against someone who was so strong and dominant, I really felt humbled that I played this role in her story on the show.

"There was a sense of nervousness knowing that I was going to have to go back and defend my title, which I never expected to have to do. I was shocked, I was elated. It didn't really feel like it was actually happening. It felt like virtual reality pretty much."

Talsma said several big name Jeopardy champions have been engaging with him on social media.

"It's a dream come true as somebody who is such a huge fan," he said.