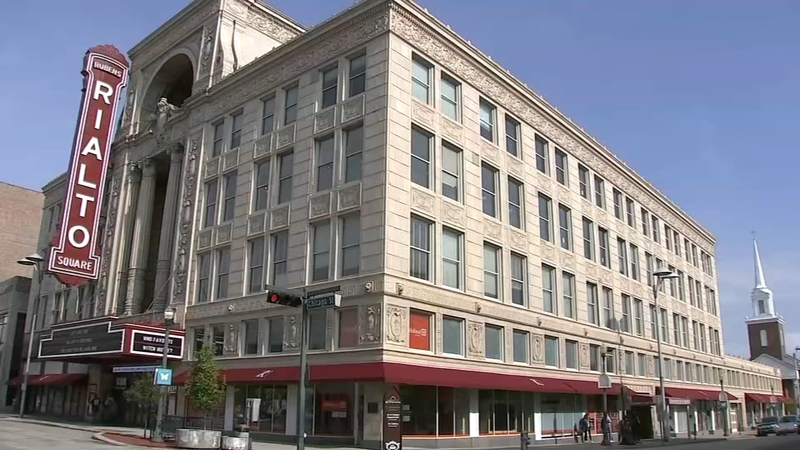 JOLIET, Ill. (WLS) -- The Rialto Square Theatre has been repurposed into a traffic court as the venue struggles to stay afloat during the COVID-19 pandemic.

"I just want to get back to what it was that we did, and it was offering people a couple hours of an evening where they could just enjoy themselves, not think of the things that were troubling them, not be worried about what was going on in the world and to see those happy faces sitting in the seats of our theatre again soon," Devine said. "We continue to be positive that after almost 95 years, she's not going to give up now."
Report a correction or typo
Related topics:
businessjolietsmall businesstheatersmall business survivalcovid 19
Copyright © 2022 WLS-TV. All Rights Reserved.
SMALL BUSINESS SURVIVAL
Upcoming 'Taste America' event supports Chicago restaurants
Chicago bakery gets public relations help during COVID-19 pandemic
Delicioso Creperie owner gives back to keep business dreams alive
Chicago small business owners surprised by 'balloon bombing'
TOP STORIES
Man, 19, charged in Lincoln Park Chicago shooting, robbery
Chinese plane crash that killed 132 possibly intentional: US officials
Mother charged after student, 7 injured when gun goes off at school
Gov. Pritzker to sign law making ghost guns illegal
NY teen found dead in SC after 13 years; Sex offender charged
Chicago, Millennium Park curfew changes go into effect
COVID reinfection likely to become more common, experts say
Show More
New Jersey beach sand collapse leaves teen dead, sister injured
Chicago Weather: Rainy, cooler to the north Wednesday
Pentagon now reports about 400 UFO encounters: 'We want to know wha...
IL Facebook users could see payment soon from $650M settlement
Why your summer vacation is costing more this year
More TOP STORIES News