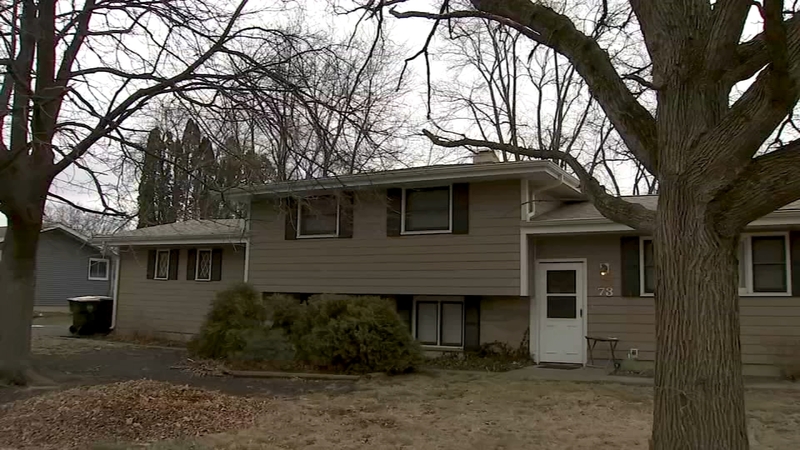 LINDENHURST, Ill. (WLS) -- A missing Algonquin woman was found dead in Lindenhurst the day after her boyfriend was killed in a car crash, police said.

Investigators believe 25-year-old Kelly Hedmark was killed at her boyfriend's house on Beck Road in Lindenhurst. She was last seen there on Sunday after leaving her home in Algonquin.

"They did locate her inside," said Deputy Chief Christopher Covelli, spokesman for Lake County Major Crimes Task Force. "She was deceased. She had suffered some significant blunt force to her body. Certainly, the scene seemed really suspicious."

Police believe Hedmark's 25-year-old boyfriend is likely responsible for her murder. On Monday, police found him dead after he crashed head-on into another vehicle on a rural road near Rockton.

Police say he was driving at high speeds when he veered off into the other lane. A person in the other car also died.

"They're still working on it, but at this point, there are some pretty significant signs that the individual responsible for causing this woman's death was indeed the boyfriend who is deceased himself at this point," Covelli said.

An autopsy being done Wednesday will determine when exactly Hedmark was killed, but investigators believe it happened sometime Sunday evening. In the meantime, investigators will talk to loved ones to see if there were any red flags in their relationship.

Longtime residents on Beck Road were glad to hear police say this was an isolated incident, but are still worried about a murder happening so close to home.

"It is a little concerning," neighbor June Campell said. "Our neighborhood is changing to some degree."