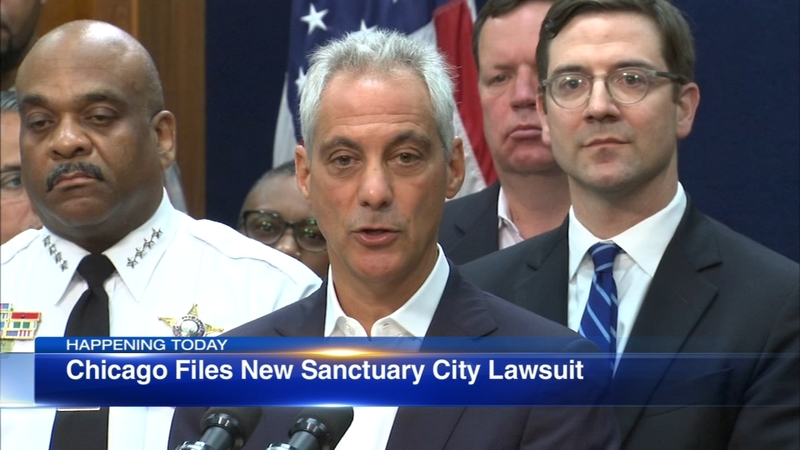 CHICAGO (WLS) -- The ongoing legal battle over so-called sanctuary cities is intensified , as lawyers for the City of Chicago filed another lawsuit against the U.S. Department of Justice.

Mayor Rahm Emanuel announced the city will file a new lawsuit Friday. This is all to block the latest attempt by The Trump Administration and the DOJ to put conditions on a federal grant to support local law enforcement efforts in sanctuary cities.

"Chicago has repeatedly beaten the Trump Justice Department in court, and Chicago is proud to fight the Trump Justice Department again," said Mayor Emanuel. "Instead of inviting lawsuits and attacking immigrants, the Trump DOJ should immediately stop placing illegal conditions on these grants, quit withholding grant funding, and allow Chicago to use these grants to improve public safety. We will not be bullied, intimidated or coerced into making a false choice between our values as a welcoming city and the principles of community policing."

Recently, a federal judge sided with the city of Chicago, denying a motion by Attorney General Jeff Sessions to dismiss parts of the lawsuit the city brought forth.