School bus driver caught on video texting behind the wheel 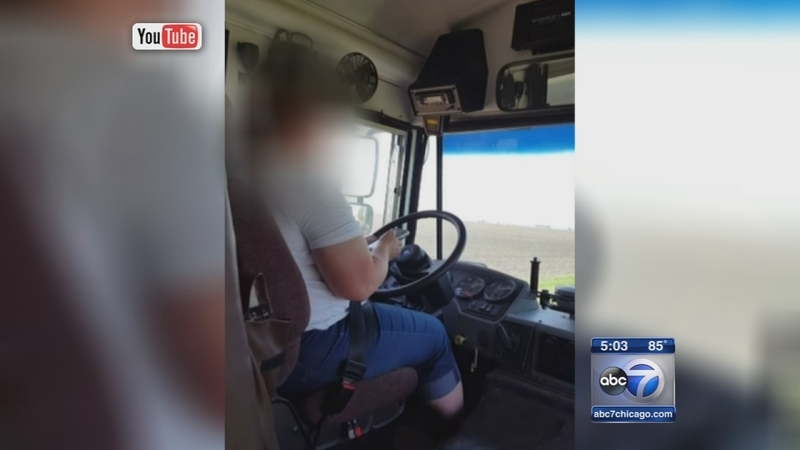 OTTAWA, Ill. (WLS) -- An Ottawa High School student captured images of a school bus driver texting while behind the wheel.

After watching their bus driver text while driving at least once earlier in the ride Noah LaBarge saw her do it again and decided to get video evidence.

"Why would you be texting when driving with students on the bus? It's just not right," LaBarge says.

He posted his video on social media Tuesday night and it started to create a stir almost immediately. There were nearly 20,000 views by early Wednesday afternoon. LaBarge says there were about four students on the bus at the time. At one point the driver is looking down at her phone for at least three seconds on the tape, apparently ignoring the road. Derek Reiuf was sitting right behind her.

"I'm the one that noticed her texting. And then I seen her swerve off five feet in the road and come back. She did it real fast. What if, like, the bus flipped over?" Reiuf says.

By Illinois law it's illegal to use a handheld device while driving. At this point the driver faces no charges. According to the school district the driver is a regular employee but was substituting on a different route yesterday. District officials met Wednesday morning to discuss it.

"It's out and everybody knows about and now maybe to protect other children, and other bus drivers won't be doing it, and picking up their phones anymore," says mother Angela Wirtz.

The superintendent says the district is investigating the incident. The driver was not allowed on a route Wednesday, which was the last day of school for the year.