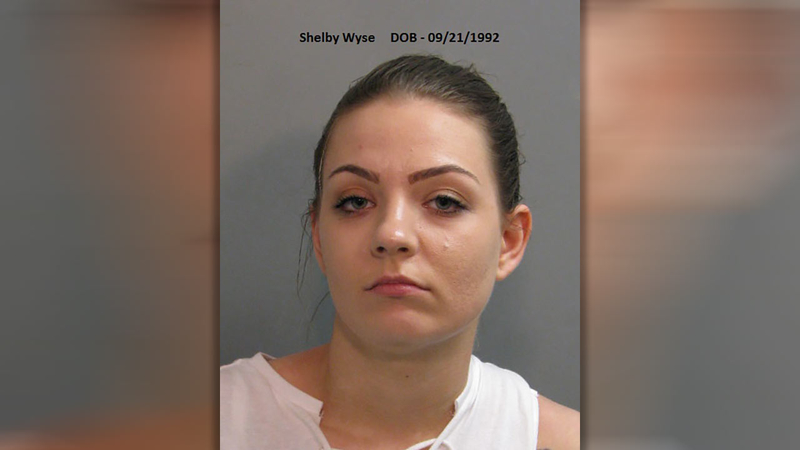 HOUSTON, Texas -- A bank employee accused in the violent attack of a woman for $75,000 appeared to have texted a "go signal" to launch the robbery, court documents reveal.

Shelby Taylor Wyse faced a judge on Wednesday after being arrested and jailed on second-degree felony charges of robbery.

The constable's office said she was working at the Wallis State Bank off FM 1960 where the victim withdrew the $75,000 on August 17, the day of the robbery.

The victim was taking the money to her family's gas station and check cashing business on 290 near Telge Road, when officials say she was ambushed by two more suspects in the case, Travonn Johnson and Davis Dowell Mitchell.

Both men have already been charged. Wyse is dating Johnson.

Over the weekend, Johnson was identified as the suspect who drove up during the robbery in a black 2018 Chrysler 300, authorities say.

"She was followed from the bank to the business by these two robbers who drove in separate cars," said Pct. 4 Constable Mark Herman.

Authorities say they used surveillance video to get the license plate of the Chrysler, which was registered to Budget car rental. Officers discovered that Wyse was the leaseholder and video clearly showed her renting the vehicle.

Wyse allegedly told officers the car had been stolen that morning, but she never reported the theft.

Before the robbery, Wyse can also be seen in surveillance video watching the victim making the withdrawal. That's when Wyse sent a text message to Johnson, presumably a "go signal," officials say.

Prosecutors say police are working to get a search warrant on Wyse's phone to confirm exactly what the text said.

However, officers did find messages on Mitchell's phone discussing the details of the robbery with someone named "Tata." A witness identified "Tata" as Johnson.

Constable Herman says they are still searching for a fourth person, the driver who followed the woman from the bank to the family's check-cashing business.

The defense says Wyse is the mother of an 8-year-old and that she hasn't committed a crime before. She's been in Houston for six years.