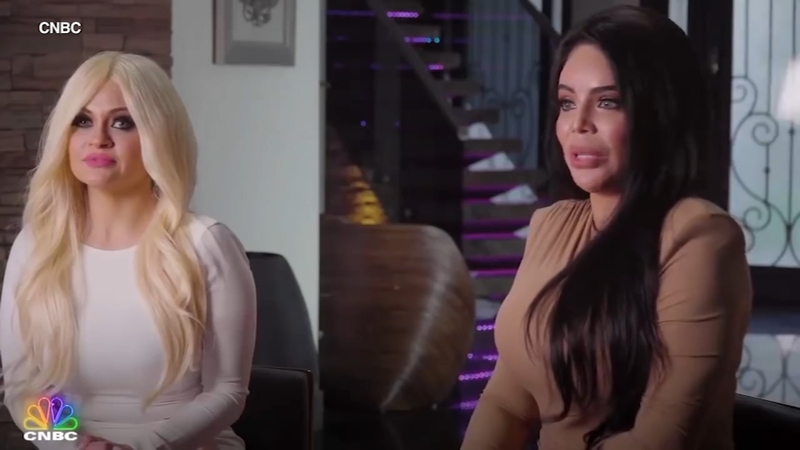 The Flores brothers are Chicago's most notorious twins, raking in millions as El Chapo's emissaries here before they flipped on the boss and took him down.

New court records reveal one joint account amounted to more than $5 million in cash deposited under the floorboards of a house. Their wives are now accused of pilfering it.

Mia and Olivia Flores are not in witness protection as are their husbands. The Flores wives appeared on a national TV show, "American Greed", last year and talked about El Chapo's Sinaloa Cartel.

For years, they appeared to live normally in Chicago's Little Village, all the while saying their husbands were making $10 million per month.

Pedro and Margarito Flores reportedly have ended their prison sentences, but Mia and Olivia are fighting to make sure they don't end up behind bars. Both wives face money laundering charges at the federal courthouse in Chicago.

In a newly filed motion to dismiss the case, Mia Flores, alias Vivianna Lopez, contends she has an immunity deal with the government. Prosecutors say that's not true. A judge will decide whether to continue the case.

As part of the argument, Flores says in 2010 she told the government all about their family drug dealing business, yielding so much cash they needed a moving van to haul it when Pedro Flores began cooperating. It was money she said they used "to live on."

Here is how personally lucrative the drug business allegedly was at the time. Five million dollars in cash was secretly stashed in 2009 and 2010 alone "in the floorboards" of their house according to the court records, citing a federal drug enforcement report.

According to Mia Flores' paperwork, in 2010, the Flores wives gave a "criminal defense attorney" in Chicago more than $4 million of those cash drug proceeds.

The unnamed Chicago attorney who received the money from underneath Flores's floorboards contacted U.S. prosecutors to find out what should be done. That attorney then placed the drug money into an escrow account, effectively turning it over to the government.