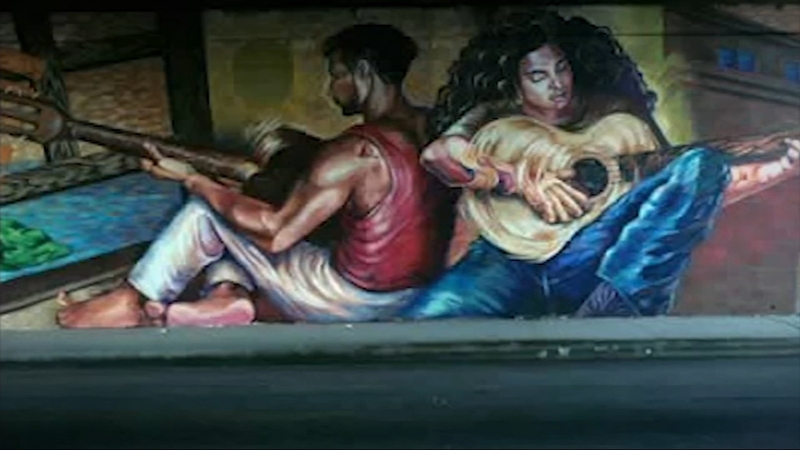 CHICAGO (WLS) -- A graffiti-removal effort went too far, resulting in the destruction of a beloved mural in Chicago's Hermosa neighborhood. Now people in the neighborhood are demanding an explanation.

The mural was a homage to Puerto Rican culture in the neighborhood, and was titled "Es Tiempo De Recordar" or "It's Time To Remember."

Now it is just a memory.

"I was shocked, and disappointed, and pretty angry about it," said Sandra Antongiori, mural artist.

Antongiori was one of three artists who painted the mural in 1992, with input from the community. For 25 years it was at Pulaski and Bloomingdale. It was seen, untouched, on Google Street View as recently as October, but it was recently vandalized with writing.

And so two weeks ago the city's graffiti blasters turned the neighborhood fixture into a canvas of white.

In a statement the city said the mural was removed in error and said, in part, "We recognize the importance of public art and remain committed to working with residents and communities to ensure that murals in the City are protected..."

A Department of Streets and Sanitation spokesperson said crews have been reminded that any graffiti removal involving public art must first be reviewed by a manager.
Report a correction or typo
Related topics:
societychicagohermosaexclusivegraffitimural artspublic art
Copyright © 2021 WLS-TV. All Rights Reserved.
More Videos
From CNN Newsource affiliates
TOP STORIES